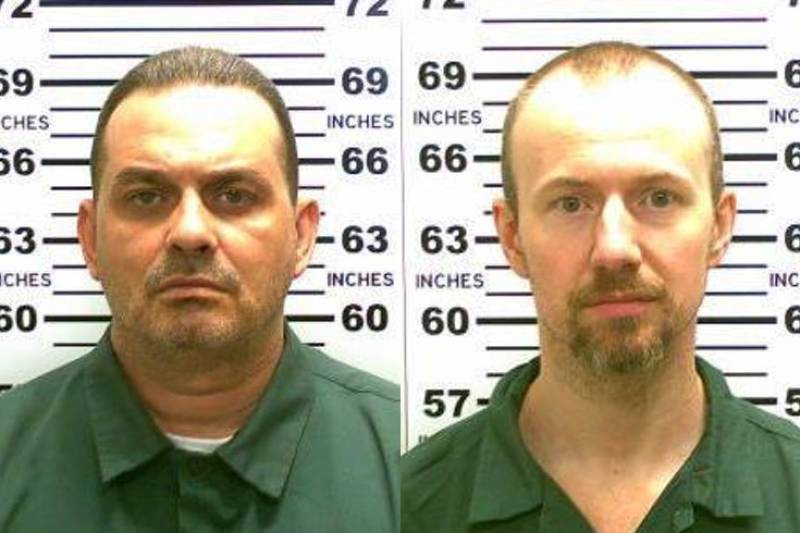 NEW YORK (Web Desk) - Two convicted murderers are on the run after using power tools to escape from a maximum security jail in New York.

Richard Matt, 48, and David Sweat, 34, have been described as "dangerous individuals", by New York Governor Andrew Cuomo, the BBC reported.

They cut through steel pipes at Clinton Correctional Facility in Dannemora and fled through a man hole.

Mr Cumo said the prison breakout was the first escape from the facility in 150 years.

"It was an elaborate plot,'' he added.

Sweat was serving a life sentence without parole for the first degree murder of Broome County sheriff's deputy.

Matt was given a jail term of 25 years to life for the kidnapping and beating a man to death in 1997.

The two men's adjoining cells were found to be empty during a morning check, said Anthony Annuci, the acting state corrections commissioner.

"A search revealed that there was a hole cut out of the back of the cell through which these inmates escaped,'' he added.

"They went onto a catwalk which is about six stories high. We estimate they climbed down and had power tools and were able to get out to this facility through tunnels, cutting away at several spots."

Police are trying to determine how the men acquired the tools.

More than 200 officers are searching for the prisoners, using sniffer dogs and aerial surveillance. 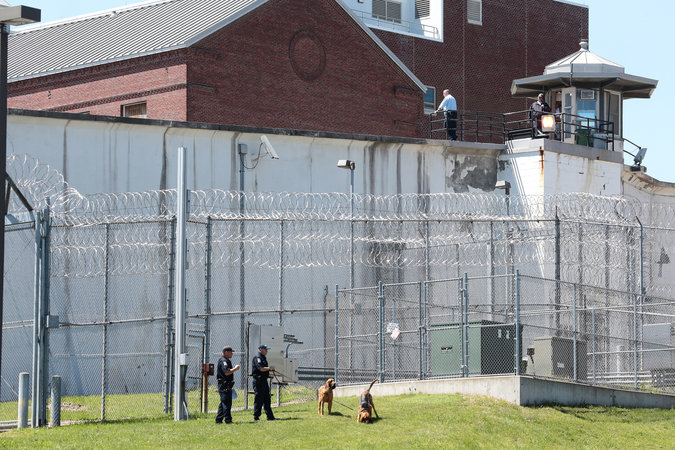 The jail is about 20 miles (30km) from the Canadian border. Roadblocks have been set up in the area, according to local media.

Sweat is described as a white male, 5ft 11in (180cm) tall, with brown hair and green eyes. He weighs 165lb (74kg) and has tattoos on his left bicep and his right fingers.

His tattoos include "Mexico Forever" on his back, a heart on his chest and left shoulder and a Marine Corps insignia on his right shoulder.