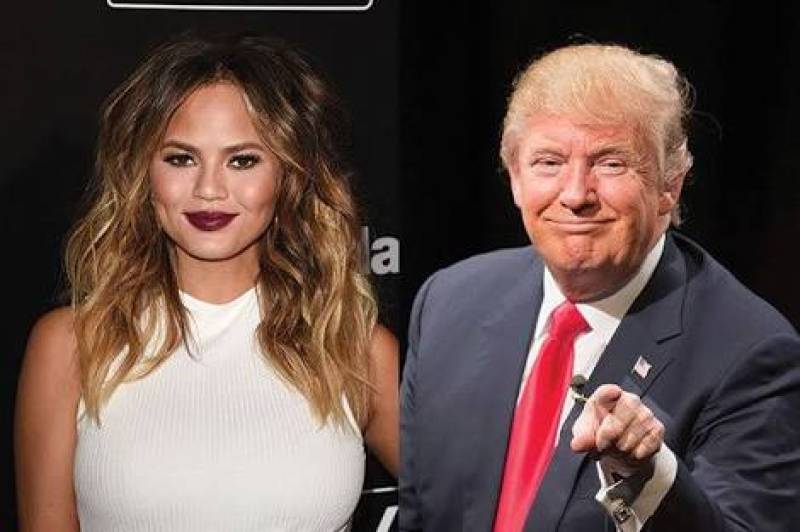 Here is some more fresh Chrissy and Trump story. Chrissy as we all know is not very fond of the President Trump but she took upon herself to help him get more birthday wishes. Chrissy asked twitter to sign his online birthday card and as per our expectation the response was HILARIOUS! Twitter got real talent.

Hey guys, let’s put the jokes aside and all come together to send president trump some birthday messages on this official card where you can write anything u want, all your thoughts and feelings absolutely anything anything for this special day https://t.co/C18VC1FbuT

She made sure people signed it from their heart, lol!

Just know this is his official birthday card so make sure it’s from the heart! Happy Birthday, champ.

It was Chrissy asking people to sign his birthday card and why wouldn’t they? Here are a few responses from all the fun threads which you can follow up on twitter.

Sincerely, rest of the world!

Apply some cold water on that burn!

Hope he enjoys his day pic.twitter.com/TnjDEvjFhZ

Bill Cosby and Trump have the time of their lives, lol.

@chrissyteigen Did I do this right? pic.twitter.com/fC97CL7UtE

That one friend who is always asking for money, damn.

Ugh but now he wants my money. At least he thinks I’m a friend?? 😂😂😂 pic.twitter.com/3BM0QhS5pg

W hope he enjoys reading all these happy wishes and he lets all the immigrants alone in peace so they can enjoy their birthdays together with their family and friends, happily.