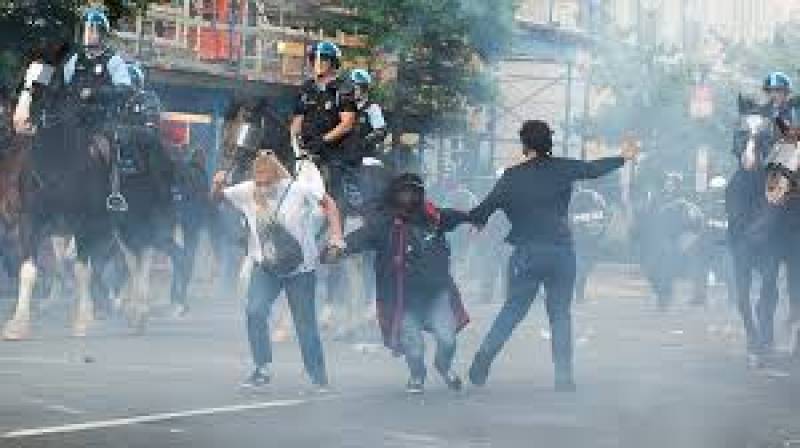 LONDON - At least 23 police officers got injured in past several days during ongoing protests against racism and police brutality in London sparked by George Floyd's murder in US' Minneapolis city in late May.

Thousands of people marched through central London on Saturday, despite the ongoing coronavirus pandemic and calls by the authorities to refrain from gathering to avoid a sharp increase in infections.

According to a statement published on the London Metropolitan Police's website, twenty-three officers have received injuries, doing their job, policing protest over the last few days….

The death of Floyd on May 25 has sparked a worldwide movement against police brutality, racism and social injustice, as a video showing a white police officer, Derek Chauvin, kneeling on Floyd's neck after the latter had been arrested was widely circulated online on the next day.