At least 62 killed, over 100 injured as two passenger trains collide in Sindh's Ghotki 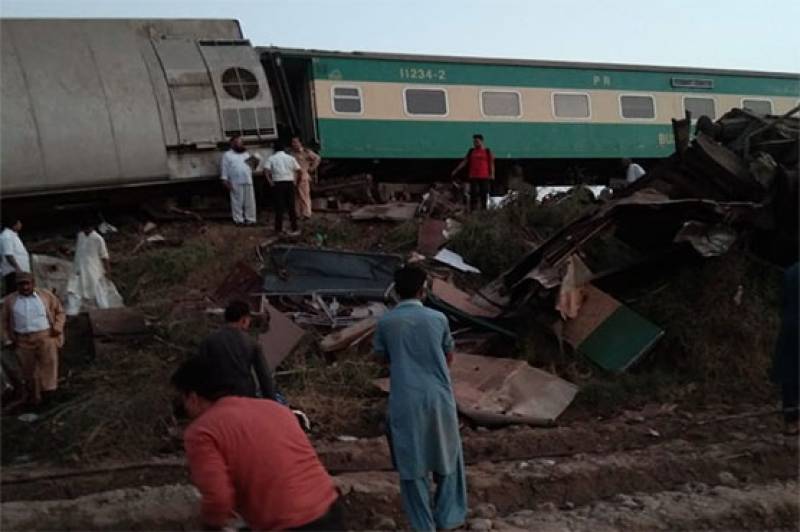 GHOTKI – At least 62 people have lost their lives while scores suffered injuries after the Sir Syed Express train collided with a Millat Express between Reti and Daharki railway stations in Ghotki on Monday.

The Sargodha-bound coach collided with the Millat Express that was already present at the track after the derailment, railways’ officials said Monday.

Almost 14 bogies of both the trains were damaged out of which four were completely destroyed. 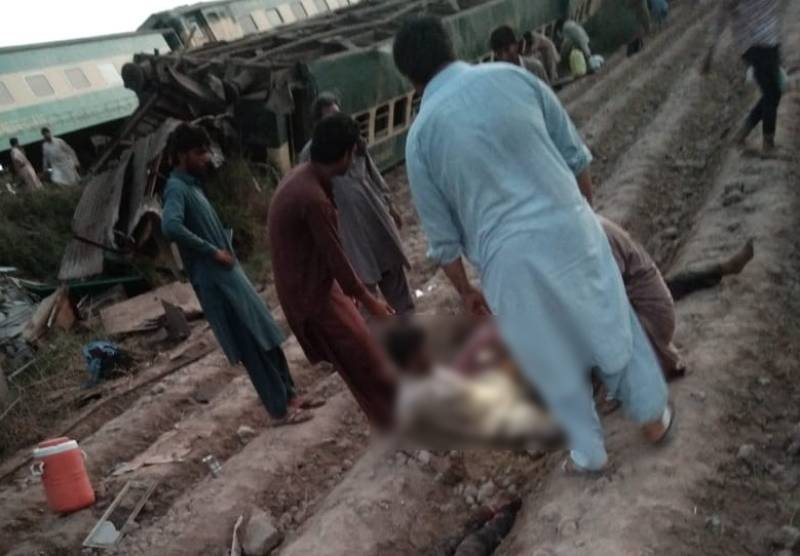 Deputy Commissioner Ghotki Usman Abdullah while speaking with media correspondents confirmed the fatalities numbers. He also added that the death toll is fear to rise as several passengers are still trapped inside the boogies of ill-fated trains.

Meanwhile, the police and rescue teams rushed to the spot for the rescue and relief operation while the up and down railway traffic has been suspended following the incident.

Meanwhile, Army and Rangers continue relief activities at the crash site, the military media wing said in a statement.

The statement from ISPR further added that ‘Engineer resources have been moved to carry out necessary relief and rescue work. Army special Engineer Team Urban Search and Rescue being heli-lifted from Rawalpindi to the incident site to speed up relief and rescue efforts’.

Two helicopters are being flown from South Punjab to evacuate casualties and carry out speedy relief measures. Relief goods will also be transported and dispatched shortly.

According to Railways officials, Sir Syed Express collided with the Millat Express between Raiti and Obaro Railway stations and fourteen bogies derailed.

Relief and rescue efforts are in progress by Pakistan Army at the train incident site near Ghotki.

Rescue 1122 team from Rahim Yar Khan is also part of rescue operation and frame cutting of train is in progress to evacuate people inside bogies.

Most of the injured have been evacuated to hospitals of Rahim Yar Khan, Ghotki and Mirpur Mathelo.

Seriously injured people are being evacuated to Pano Aqil through helicopter.

Meanwhile, in a statement Ministry for Railways Azam Khan Swati said a joint rescue operation is underway at the site by Pakistan Railways, Pakistan Army, Rangers, District Administration, Rescue 1122 and Sindh Police are taking in the operation.

President Dr. Arif Alvi and Prime Minister Imran Khan have expressed grief and sorrow over the loss of precious lives in the train accident.

In a tweet on Monday, the Prime Minister asked the Minister for Railways to reach the site and ensure medical assistance to injured and support for families of the dead.