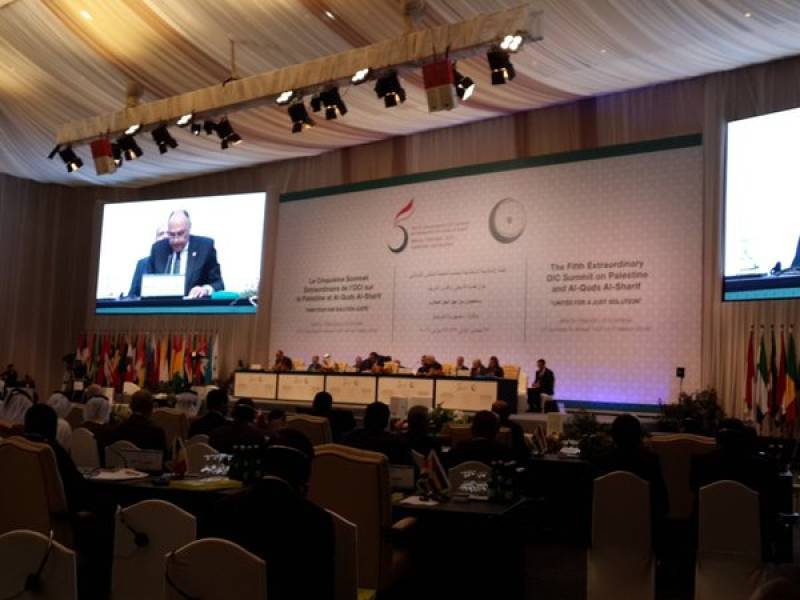 JAKARTA (Web Desk) - A two-day extraordinary meeting of the heads of OIC states is in progress in the Indonesian city of Jakarta, where President Mamnoon Hussain is representing Pakistan at the meeting.

A statement issued by Indonesia's Foreign Affairs Ministry after ministerial level meeting said that more than five hundred delegates from the forty-nine OIC states will attend the summit. Besides, four representatives from the Quartet on the Middle East comprising the United States, Russia, the United Nations and the European Union, five UN Security Council representatives, and three observer countries will be present.

The extraordinary summit, being held at the request of Palestine, will address the escalation of Israeli violence in the occupied territories, and restrictions on access to the Al-Aqsa mosque.

Meanwhile, Pakistan Ambassador to Indonesia Mohammad Aqil Nadeem has said in an interview that the summit is significant in making the world realized that Muslim counties are interested in finding the genuine and sustainable solution to the Palestine issue.

Minister for Climate Change Zahid Hamid, who attended the ministerial level meeting of the OIC summit, said the participants strongly condemned the illegal occupation of Palestinian territories by Israel.

In an interview, he said the representatives of Muslim countries unequivocally extended support to the Palestinian people.

The minister said he advocated Pakistan's stance for an independent state of Palestine for lasting peace in Middle East.

He said Pakistan is desirous of early resolution of the Palestinian issue in a just and fair manner in line with the wishes of Palestinian people.