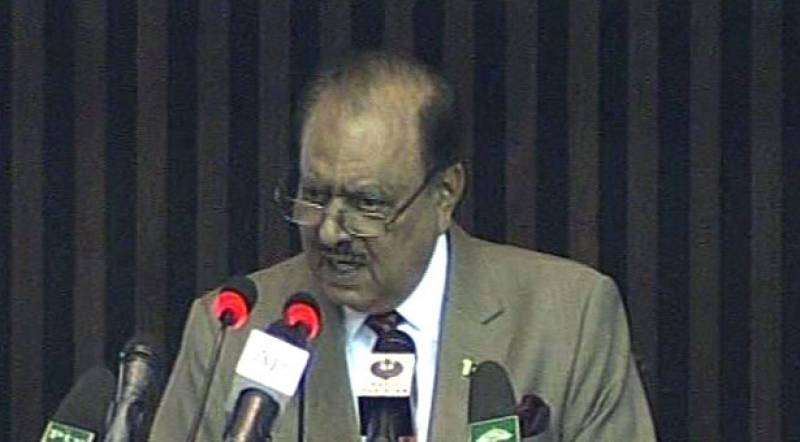 JAKARTA (Staff Report) - President Mamnoon Hussain has called for resolution of longstanding Palestine dispute in accordance with the aspirations of Palestinian people for durable and sustainable peace and stability in the Middle East.

Addressing the two-day extraordinary meeting of the heads of OIC states in Jakarta, he said the independence and sovereignty of Palestine should be the first and foremost priority of Muslim Ummah.

He said the people of Pakistan consider the Palestine dispute as its own and will continue to support the creation of Palestinian state with Al-Qadus Al Sharif as its capital.

He regretted that the root causes of Palestine and Kashmir disputes are being overlooked.

Expressing serious concerns over the recent spate of violence in the Palestinian areas, the President said the unbridled use of force by Israel is contrary to international laws.

He said the Palestinian people should be given the right to exercise their religion besides their prisoners should be released.