Kashmir dispute can’t be solved by use of force: FM Qureshi 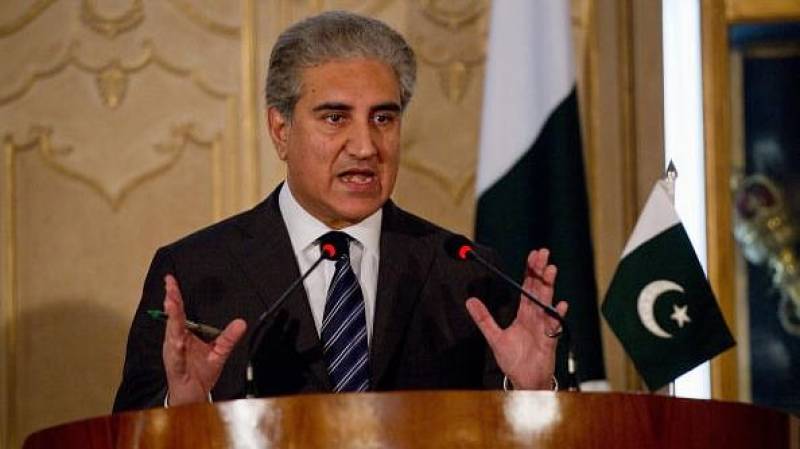 ISLAMABAD - Foreign Minister Shah Mahmood Qureshi has reiterated that Kashmir dispute cannot be solved by the use of force.

In a statement in Islamabad today (Friday), he said strategy of India, which has been using force against the Kashmiri people for the past seven decades, has totally failed.

The Foreign Minister said India tried to use force to gag the voice of the Kashmiris through draconian laws and restrictions. There is no precedent of the atrocities that have been committed in Indian illegally occupied Kashmir since August 5 last year.

He made it clear that India cannot succeed in resolving the dispute by these atrocities, the Radio Pakistan reported.

Shah Mahmood Qureshi said the Kashmiri people bury their martyrs in Pakistan's national flag, which proves that they have not accepted Indian steps.

The Foreign Minister recalled his recent bilateral meetings on sidelines of the ECO meeting, during which he drew attention of the world towards unresolved Kashmir issue.

He said Prime Minister Imran Khan will talk on Kashmir issue during his address in upcoming session of UN General Assembly.