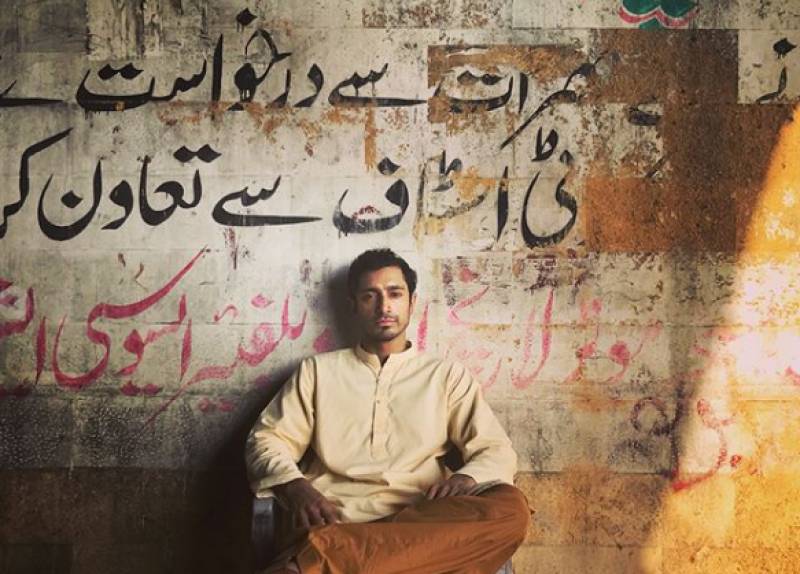 KARACHI - British Pakistani actor, rapper and activist Riz Ahmed (Star Wars, Jason Bourne, The Reluctant Fundamentalist, Nightcrawler) stepped into the lives of the transgender community upon his visit to Karachi and shared his experiences with the public on social media.

Riz Ahmed flew from Lahore to Karachi after he attended the Lahore Literary Festival where he was also invited as a speaker.

Riz visited the transgender conmmunity in Karachi and penned down the illustrations of his experience beautifully on his Instagram.

Riz wrote: "A transgender lady in Karachi, face bleeding fresh from a street-fight. The transgender community has been an established part of South Asian culture for hundreds of years. You see many many more transgender people walking around in Pakistan than in New York or London. In recent times Pakistan has even had a recognised ‘third gender’ on official government documents, cementing their place in society."

He continued speaking for the rights of transgenders, "Despite this recognition however, they are marginalised and often earn a living through dancing, sex work or a kind of spiritual begging (it is believed their prayers and curses carry more weight, so it’s best not to anger them, and instead to seek their blessings). Same sex relationships are very common in Pakistan and often not thought of as a sign of homosexuality. In many ways this is a non binary culture - in terms of gender, sexuality, and faith. Religiously observant transgender sex workers who live by exacting a spiritual tax, is a good example of this."

"Known as Khwaaja Sarai (or disparagingly and more commonly as ‘Hijra’) they trace their lineage at least as far back as being an important part of the Mughal royal court and administration. The community has an ancient custom of adopting newcomers into guru and disciple relationships. Financial and social rights and responsibilities flow both ways in an interdependent, although sometimes exploitative ‘family’ system," he concluded.