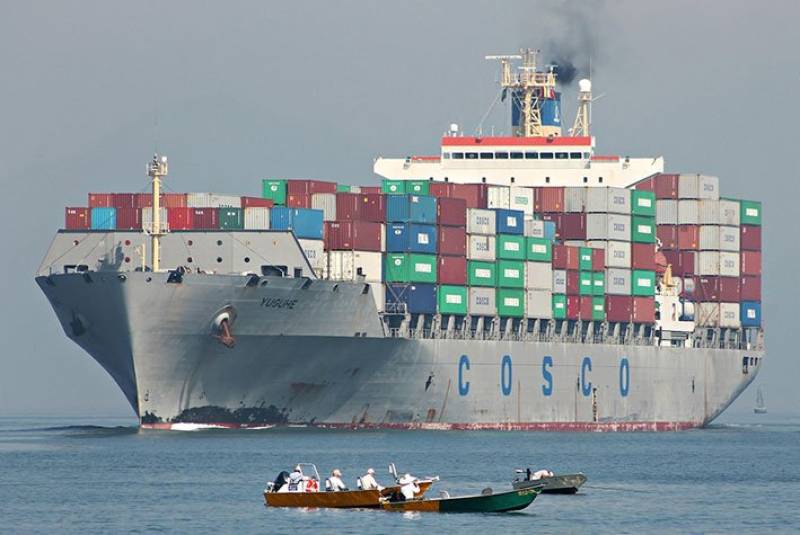 QUETTA - China’s state-owned shipping and logistics services supplier company (COSCO) on Wednesday dispatched the first ever commercial shipment from Pakistan’s port city of Gwadar to UAE, marking the start of a new era of global trade from this South Asian country.

Addressing a ceremony in the Balochistan city, Federal Minister for Maritime Affairs Chaudhary Jaffar Iqbal said today the Gwadar port has been made operational from commercial shipments. Every week, a commercial cargo ship will leave for different countries from Gwadar, allowing the traders from Pakistan and Central Asia to sell their products across the globe.

In his address, Gwadar Port Chairman Dostain Khan Jamaldini said a ship carrying raw material will leave for different countries from the port every week.

LONDON - A leading investment group has launched the most expensive, diverse and creative advertising campaign ever run ...

“The [Pakistani] government has left no stone unturned to develop Gwadar port,” said Jamaldini, also giving credit to China for its efforts in building the international trade hub.

On Tuesday, Chairman and CEO of China Overseas Ports Holding Company, Zhang Baozhong while detailing the initiation of commercial services from Gwadar, said that the Cosco would operate a cargo ship with a capacity of 5000 containers on the route.

“The service has been designed in a manner to ensure to and fro movement of goods between Gwadar and any country,” Baozhong explained.

The official claimed that contrary to other ports of Pakistan, the containers would be offloaded and cleared in less than 48 hours at the Gwadar port and importers/exporters would not face storage space issues.

In January, Prime Minister Shahid Khaqan Abbasi had inaugurated the first international ‘Gwadar Expo 2018’. The event organised by Gwadar Development Authority along with China Overseas Ports Holding Company was attended by foreign dignitaries, ambassadors and people from business community across the world.

Addressing the inauguration ceremony, the prime minister said that China Pakistan Economic Corridor (CPEC) would not only benefit the two countries but also bring prosperity to the entire region.