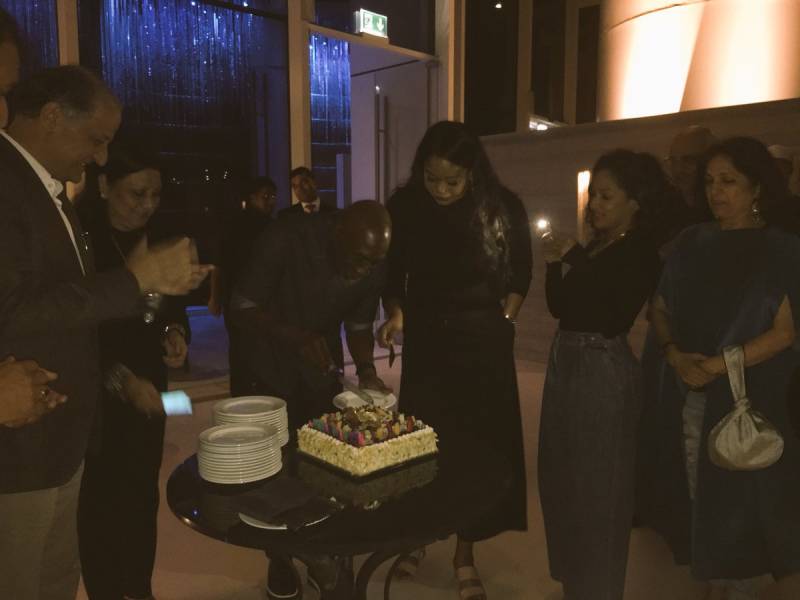 The West Indian legend is currently with the Gladiators as the team mentor.

Franchise owner Nadeem Omar took to Twitter to post some of the pictures of the birthday celebrations.

The birthday party was attended by the Quetta Gladiator’s management and the players.

At 66 years young, our legendary mentor Sir Vivian Richards has the same ferociousness & vigor he possessed during his amazing career.

Sir Richards’ daughter Masaba Gupta and her mother Neena Gupta were also there to attend the celebrations.

The former cricketer received wishes from all over the world:

With the legend Sir Viv Richards at the ICC Academy, Dubai during a practice session. It was truly a pleasure to meet him!#Cricket #PSL2018 pic.twitter.com/0fYBGXmgbH

? He famously hit 1️⃣3️⃣8️⃣* here in the 1979 @cricketworldcup final - the highest ODI individual score at Lord's to date. #LoveLords pic.twitter.com/5t2arOmeOr

The 'Master Blaster' thanked the PSL franchise for hosting the birthday party:

Sir Vivian Richards made his Test debut in 1974 in India, and scored an unbeaten 192 in his very second game. Just 2 years later, in 1976, Richards scored 1710 runs at an average of 90 with 7 centuries from 11 Tests. It remained a record for almost 30 years, until it was broken by Mohammad Yousuf in 2006. He also scored the fastest ever Test century, when he smashed a ton in just 56 balls against England in 1986.

His aggressive batting style is described as ‘Swagger’.

In ODIs, Richards had a strike rate of 90+ when he retired. He was part of the World Cup winning West Indies sides of 1975 and 79, and even scored a century in the latter edition's final to help his side to the title.

Richards also played County cricket in England for the Somerset team. He is one of the 4 non English batsmen to make 100 first class centuries. In 2000, he was named as one of the 5 Wisden Cricketers of the Century.