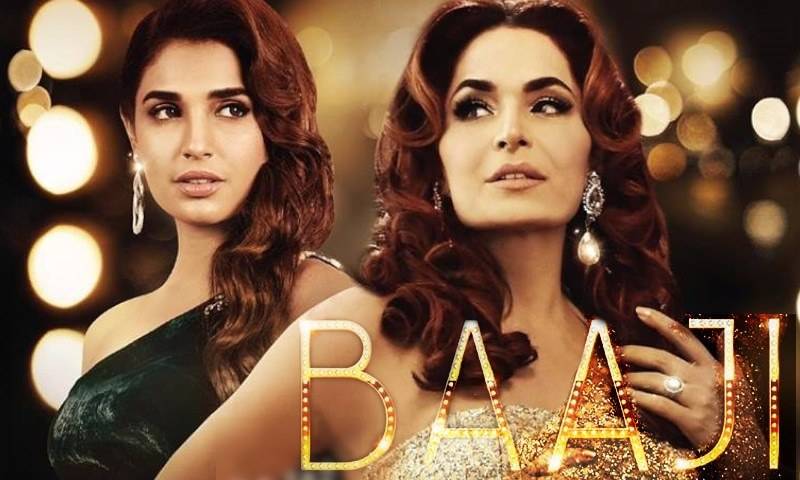 KARACHI - Pakistani ace director Saqib Malik is coming up with something super exciting for all the movie lovers out there. His multi-starrer much-anticipated directorial debut, Baaji, is amongst the few films creating a buzz on the internet.

Meera Jee, the bold Pakistani actor is also going to make a super comeback in Saqib's directorial. On Wednesday (yesterday) the film’s poster has been revealed and it features the actress in her larger than life persona alongside Amna Ilyas.

Baaji is set against the backdrop of fading Lollywood and the emerging new order of the Pakistani film industry. The venture is being written by Irfan Ahmed Urfi and Saqib Malik, the film is expected to be high on glitz and charisma.

The tagline for the movie is very catchy and it reads ‘Every dream has a price’. The poster also unveiled the release date of the film which is scheduled to hit the cinemas this June.

Here is the official poster for Baaji :

Despite being a film that is a tribute to the interesting story and character oriented classics of Pakistani cinema of the seventies, Baaji will be very contemporary in its tone and execution.

The film highlights the contrast between the nostalgic romance of 70, 80s era Lollywood films and present-day modern cinema.