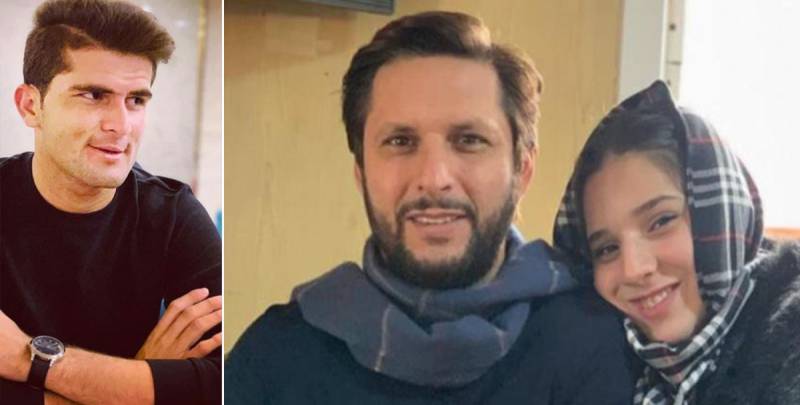 ISLAMABAD – Pakistani pacer Shaheen Afridi and the eldest daughter of former skipper Shahid Afridi’s will be engaged in coming years as both the families have confirmed the acceptance of the proposal.

A representative of Shahid Afridi's family told news outlets that the proposal had been in discussion for the past two years. Now the two sides have reached an understanding but a formal ceremony will be announced after some time as the 20-year-old Afridi is busy with cricket schedules while Afridi’s daughter is currently studying. They added that the formal engagement will occur in the near future while the wedding will take place after two years' time.

The family further requested to avoid speculations about the matter as Afridi will make a proper announcement when the time is right.

Earlier, the news, revealed by a journalist, stir up a social media frenzy. Celebrations erupted in the hometown of the Afridi tribe with fireworks and the distribution of sweets.

Netizens congratulated both legends for becoming relatives and they are excited to see further developments about the upcoming ceremonies.