Pakistan declare at 557-8 in final Test against Bangladesh 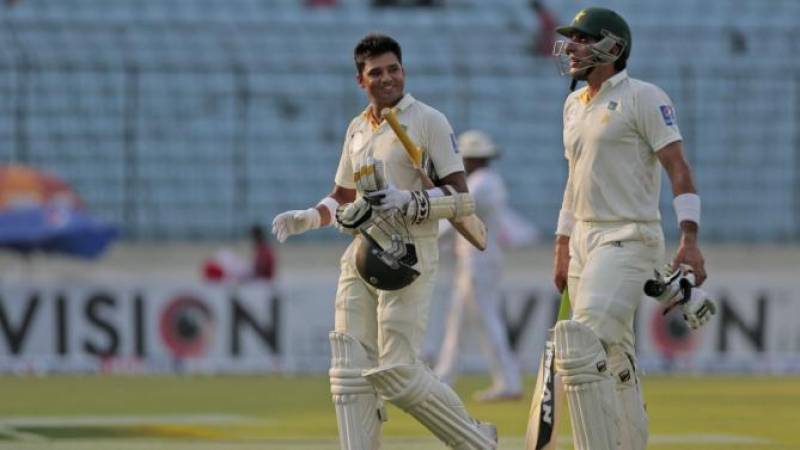 DHAKA (Web Desk) - Pakistan declared their first innings at the tea score of 557 for eight on the second day of the second and against Bangladesh in Dhaka on Thursday.

Azhar Ali hit a career-best 226 and Asad Shafiq made 107 during a fifth-wicket stand of 207, before Pakistan lost four wickets in the space of 27 runs just before tea.

Younis Khan had made 148 on the first day. Earlier, Bangladesh captain Mushfiqur Rahim won the toss and elected to field at the Sher-e-Bangla stadium.

The first Test ended in a draw in Khulna last week.