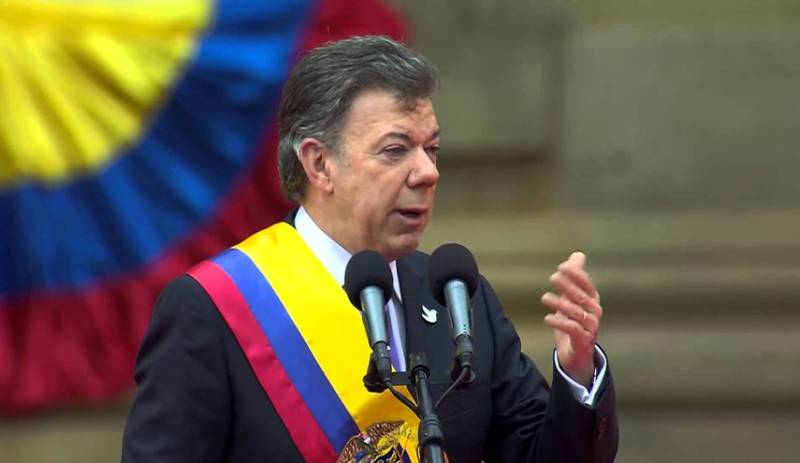 OSLO (Web Desk) - Colombian President Juan Manuel Santos has won the Nobel Peace Prize for his for his efforts to negotiate peace in his country with the Farc guerrillas.

The Norwegian Nobel Committee said it made the decision because of Santos’s landmark efforts to halt one of the world’s longest-running conflicts — Marxist rebels battling government forces since the 1960s.

But the award was a surprise because of the uncertainty over whether peace will hold following a Sunday vote that rejected the deal. Many Colombians see it as too generous to the militias of the Revolutionary Armed Forces of Colombia, or FARC.

“This is very important event for my country, for the victims of this war,” Santos said. “This a great push. We’re on the verge of ending this war.”

Offering a window into Nobel deliberations, the committee said that its members were conscious that Colombian peace efforts were endangered.