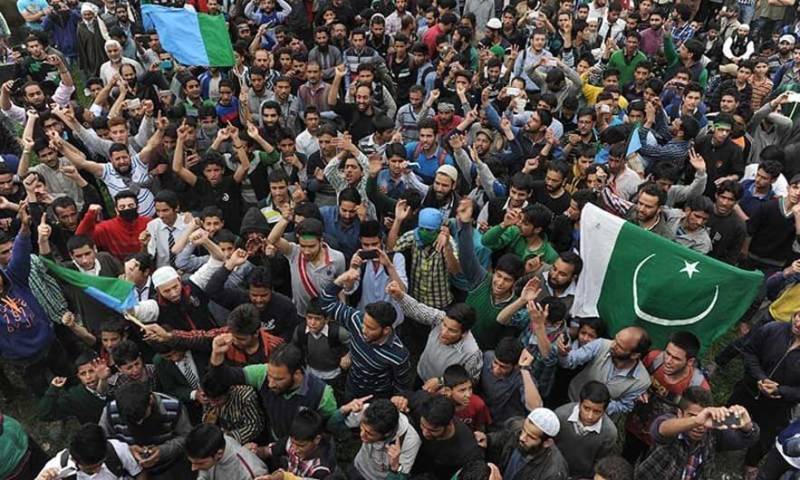 SRINAGAR - A massive march will be conducted in occupied Kashmir towards the UN office at Sonawar in Srinagar, to submit a memorandum regarding India’s recent attempts of creating war hysteria on the Line of Control to deflect world attention from the deteriorating human rights situation in the territory.

Call for the march has been given by the Joint Resistance Leadership.

It is also aimed at asking the UN to impress upon India to shun violence and resolve Kashmir dispute in accordance with the Kashmiris’ aspirations by implementing the relevant resolutions of the World Body, Kashmir Media Service reported.

Meanwhile, the Indian forces have imposed curfew and restrictions in Srinagar and other towns to prevent a march towards the UN office at Sonawar in Srinagar, today.

The authorities have deployed Indian troops and police personnel in strength in Srinagar to thwart people from conducting the march while all roads leading to the UN office have been sealed.

Occupied Kashmir is observing complete shutdown for the 91st consecutive day, today, on the call of Hurriyet leadership against the civilian killings by Indian forces in the Kashmir Valley during the last three months.