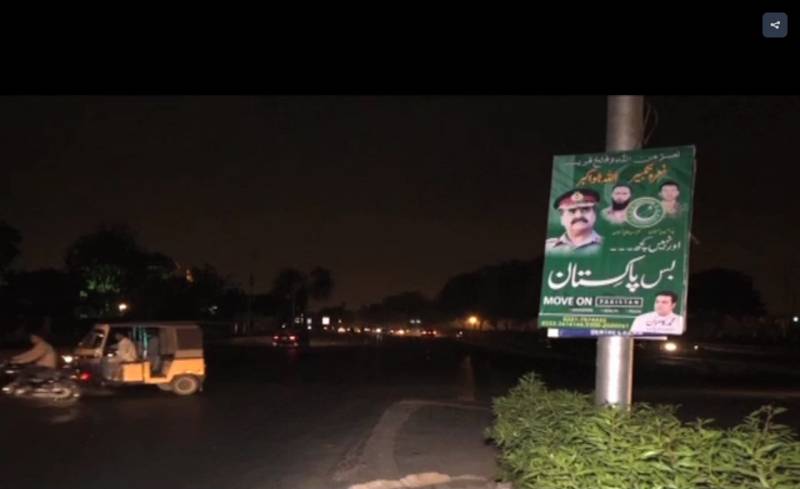 KARACHI - The pro-army chief banners, that were put up in different cities by ‘Move On Pakistan’ party, have resurfaced in Karachi with news slogans, this time urging Chief of Army Staff General Raheel Sharif to ‘move forward for the sake of Pakistan’.

The banners, with General Raheel Sharif's picture, have been installed alongside various main roads in Karachi, including Shahrah-e-Faisal, Samaa reported.

The banners bear a new slogan “nothing else, only Pakistan,” apparently asking the army chief to ‘move forward for the sake of Pakistan.’

The banners also bear picture of two army officers, without mentioning their names, and photo of Mian Muhammad Kamran, the Chairman of the party, who was arrested in July this year after these banners had emerged in different cities including Islamabad.

The party is also registered in the Election Commission of Pakistan.