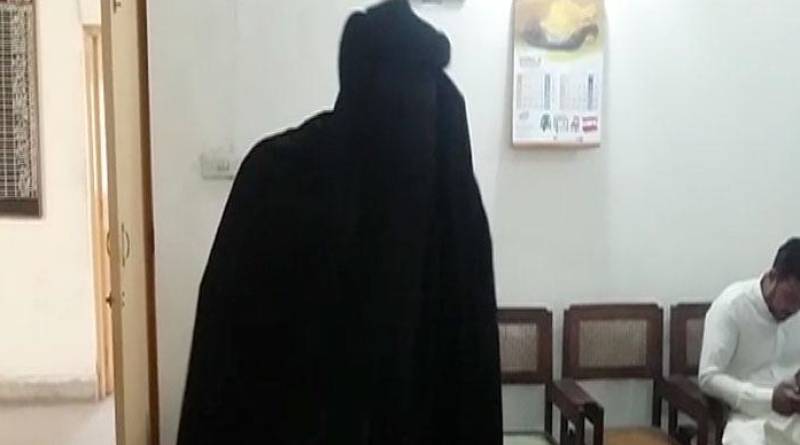 GUJRANWALA - Gujranwala Police on Friday took a burqa-clad man into custody when the citizens reported presence of a suspicious "woman" in the women's queue at NADRA office.

According to police officials, the arrested woman turned out to be a man, who had reached the National Database Registration Authority office to apply for a National Identity Card (CNIC). He was identified as Kaleem.

In his statement with the police, Kaleem said that he wore the burqa to join the women queue which was shorter than the one for men. This could have saved a lot of time, he added.

The officials said that they are still assessing if the statement of the suspect is true or not. No case could be registered till the news was filed.