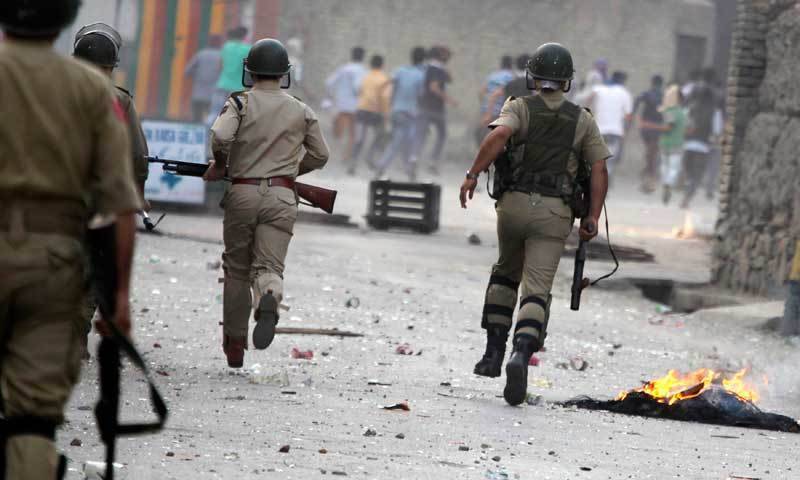 NEW DELHI - After being slammed by international community for using pellet guns in Occupied Kashmir, the Indian forces has decided to tackle the street protests against their atrocities through "less lethal" plastic bullets instead of giving self-determination right to Kashmiris.

As per the detail, the Central Reserve Police Forces has sent 21,000 rounds of bullets, developed by the Defence Research and Development Organisation (DRDO), to troops deployed in the valley.

These bullets can be used in the AK series of assault rifles, while the CPRF had directed the soldiers to replace the lethal metal bullets with plastic ones.

CPRF Director General R.R. Bhatnagar said the bullets were found less lethal during experiments, adding that the dependency on metal pellets and other non-lethal weapon used to control freedom procession will be reduced.

“As soon as a crowd or stone pelting incident is encountered, the troops just need to change the bullets and fire,” The Hindu News quoted the DG.

He said that the force has not get rid of non-lethal weapons, adding that it is getting more pump action guns fitted with metal deflectors to avoid above the waist injuries.

He said that a special unit, RAF, can also use plastic bullets at some points while performing its duties, adding that a decision in this regard will be taken in the future.

The usage of pellets in the Kashmir Valley came under spotlight after innocent Kashmiris suffered severe injuries, including blindness and other during past few years.