Punjab police officer martyred during encounter with dacoits in Rajanpur 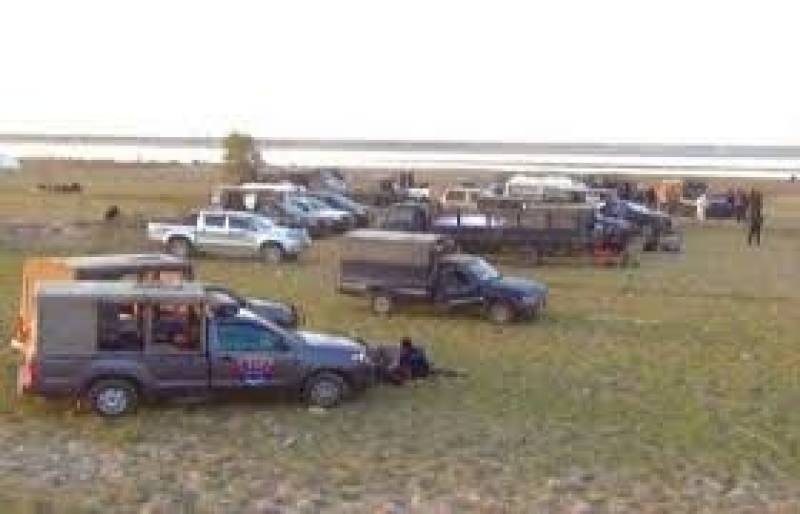 MUZAFFARGARH - An Assistant Sub-Inspector (ASI) of Punjab Police embraced martyrdom in the exchange of fire with dacoits, in limits of Rangpur police station today (Wednesday).

According to media details, during the encounter, a dangerous dacoit identified as Ghulam Shabbir also died in the exchange of fire.

During raid, dacoits opened fire at police party in which ASI Mulazim Hussain sustained bullet injury and was moved to hospital where he succumbed to the fatal injuries.

The police have cordoned off the area and search operation to arrest other accomplices of the dacoit was underway till the last reports came in.