Djokovic into US Open semis as Tsonga retires 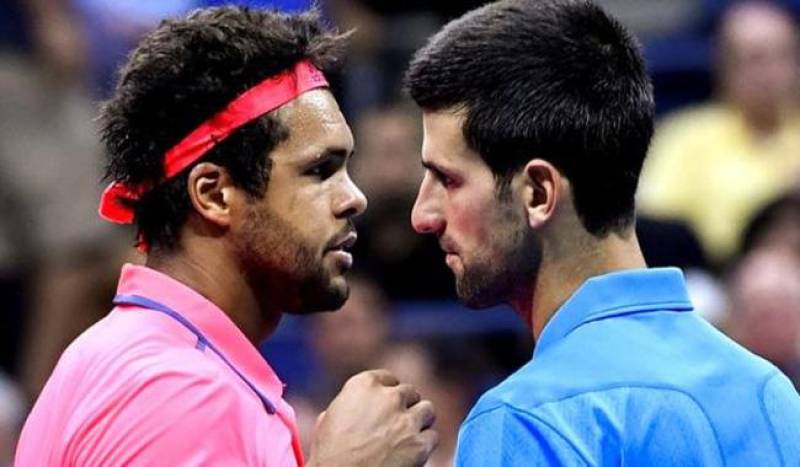 NEW YORK (APP) - Defending champion Novak Djokovic reached his 10th successive US Open semi-final on Tuesday when Jo-Wilfried Tsonga retired from their quarter-final with a left knee injury while trailing 6-3, 6-2.

It was the third time in five matches that an opponent´s injury has worked to Djokovic´s advantage.

He received a walkover into the third round, and played just six games before fourth-round foe Mikhail Youzhny retired hurt.

The Serbian world number one will face another Frenchman, Gael Monfils, for a place in Sunday´s championship match after the 10th seed downed compatriot Lucas Pouille 6-4, 6-3, 6-3.