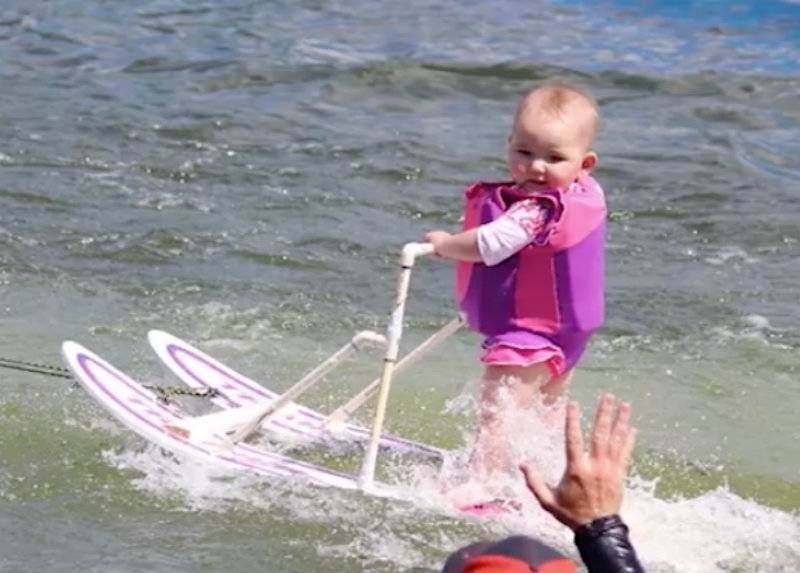 FALLS LAKE - A six-month-old boy in North Carolina has claimed the record of World's Youngest Water skier after showing off his water sporting skills.

Rob Absher shared video of his son Auburn as he became the youngest baby to water ski at just six months and 10 days old.

"Auburn was also born 8 weeks early at 32 weeks which makes it even more impressive," he wrote.

The fearless baby is wearing a life jacket and his mom is running alongside him there in ankle-deep water.

Auburn traveled 150 feet while holding onto a special handle made of PVC piping as he claimed the record which was previously set by Zyla St. Onge of Florida who was six months and 27 days old at the time.

"I've always dreamed of doing it even before he was born," Absher told the ABC News. "My wife was not too for it - it seems worrisome for a kid to do it that young."

Absher explained he and his wife had originally ruled out having Auburn break the record when he was born early, but reconsidered and had him undergo intense training after he began to stand upright.