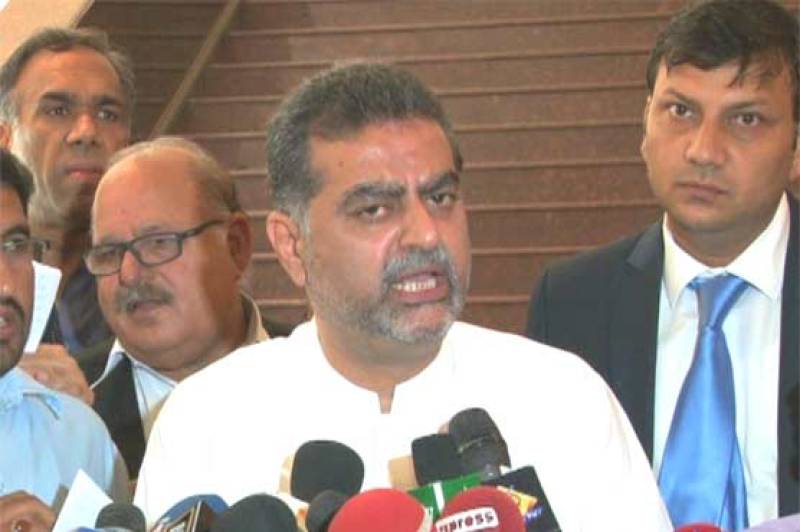 LAHORE (Web Desk) – Pakistan Muslim League-Nawaz (PML-N) leader and Punjab government spokesman Zaeem Qadri had a slip of the tongue on Wednesday when he was speaking to media persons.

When asked who would go home, Imran Khan or Nawaz Shairf? The PML-N politician replied: “I have said that Nawaz Sharif will be declared ineligible, InshAllah."

“Nawaz Sharif, as I said will be disqualified within three months,” he repeated when asked again.

When told about the err by the journalists, Qadri corrected himself. He cleared himself later on that Nawaz Shrif would remain and Imran Khan would be going home in 90 days.