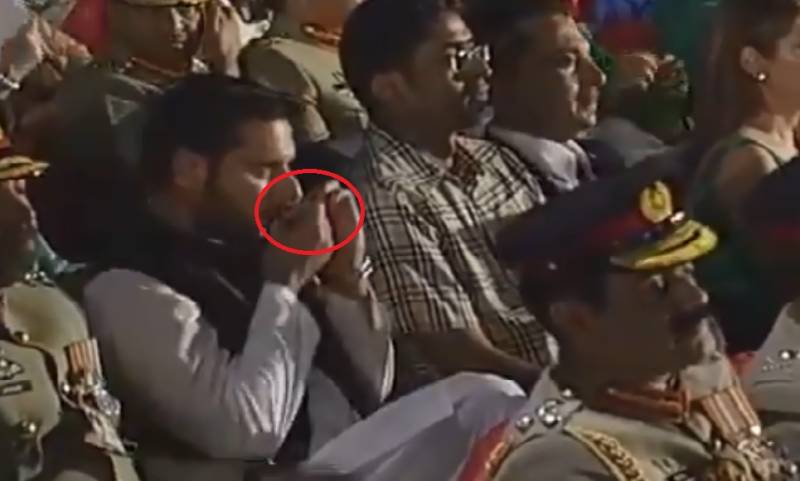 RAWALPINDI - Shahid Afridi, a cricket legend of Pakistan, caught taking naswar, a form of dried tobacco that is chewed, during a high-profile Defence Day ceremony on Thursday.

A video clip, circulating on social media, was captured at the main ceremony regarding 53th Defence and Martyrs Day which was held at General Headquarters (GHQ) Rawalpindi on Thursday where Prime Minister Imran Khan, Chief of Army Staff General Qamar Javed Bajwa and others were present.

In the video, the former skipper of Pakistan Cricket Team can be seen covertly preparing a pinch of the tobacco and then placing it under his lip.

Naswar, which is mostly used in Khyber Pakhtunkhwa, causes more fatal diseases than those caused by smoking.