VIDEO: 1,200 people fall on each other just to break a world record 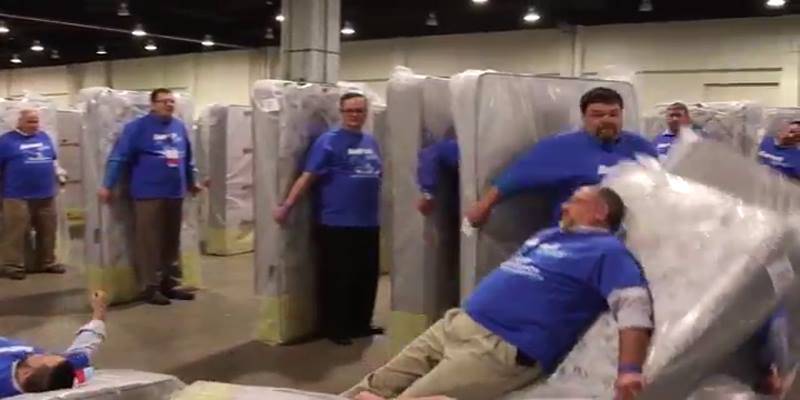 The event was held to surpassing Guinness World Records 2012’s record of 1150 people.

There is literally a record for nearly everything and anything.

The dominoes lasted 13 minutes and 38 seconds, with some people getting flat out slapped in the nose with a mattress, and others getting swiped in the crotch.

This year’s record took place in Maryland, USA by an electronics store that’s clearly found a way to let employees take out their aggression with one another.