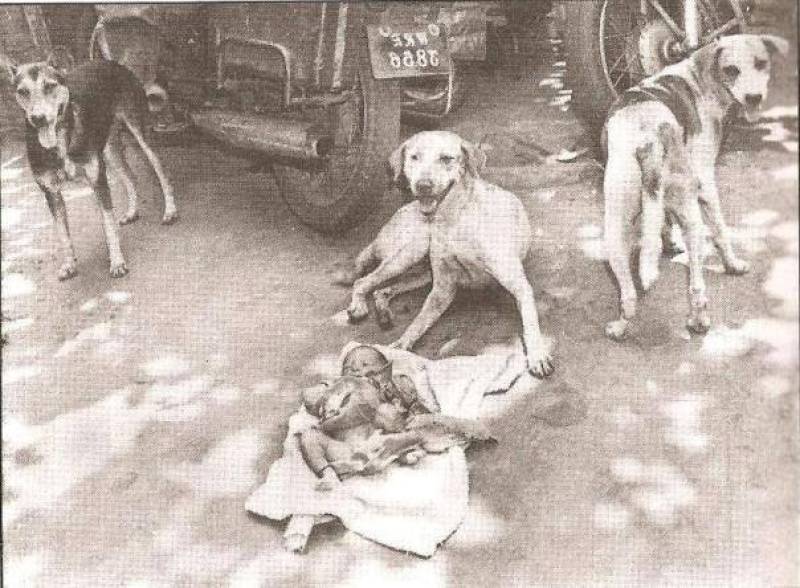 KOLKATA (Staff Report) - This is one of those stories when animals remind humans of the only virtue that apparently makes them 'superior' to animals - humanity.

A picture posted on Facebook shows a newborn baby girl being surrounded and guarded by a pack of three stray dogs.

The picture was posted on official page of 'The Voice of Stray Dogs,' which claims to be India's largest and most efficient privately run dog rescue service.

Picture of the day on The Voice of Stray Dogs : This is not a new picture ; but it is as breathtakingly beautiful now,...

Posted by The Voice of Stray Dogs on Tuesday, 22 September 2015

The picture of the three street dogs protecting the newborn baby girl, abandoned - 'discarded' in Kolkata on the evening of 23rd May, 1996, was featured in a news report in a Bengali daily named ‘Aajkaal’.

This story made headlines in news across India.

"The little girl had been thrown by the side of a dustbin. She had obviously been left to die; but that was not to be. Because her protectors were strong and unwavering. They guarded her all night, and into the day on 24th May, 1996, when she was found by some people and taken to the local police station. What is incredible is - when she was being taken to the police station, they followed, as if to make sure she was safe. Only when they were sure of her safety, did they slowly walk away."