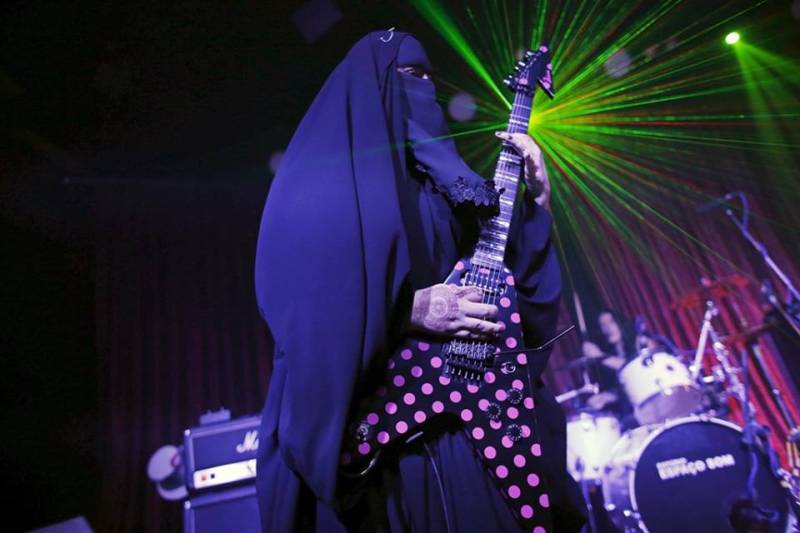 Marie, 42, is the granddaughter of German Catholics, and converted to Islam several months after her father passed away in 2009.

Marie, who wears the burqa, has been fronting her brothers' heavy metal band “Spectrus” since 2012.