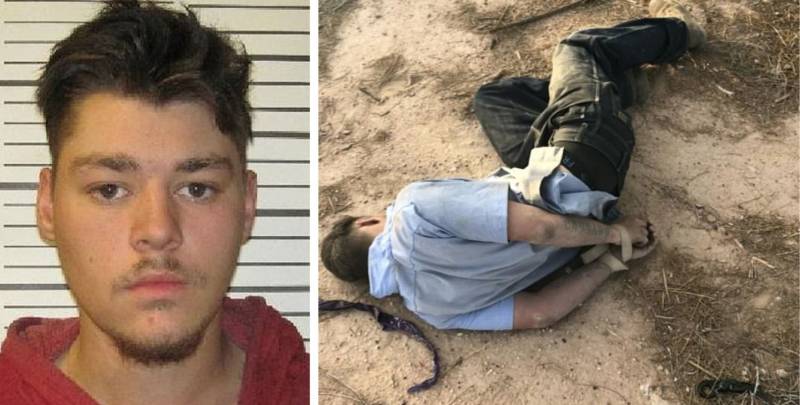 CALIFORNIA – An Arizona man has been arrested for faking his own abduction to skip work.

According to the police, they found the man, Brandon Soules, 19, with his hands tied by his own belt and a bandanna stuffed in his mouth.

He reportedly told police officers that two masked men had knocked him unconscious and captured him before dumping him near a water tower in the city.

The stunt did not last long as he later committed he had made the story up to skip work. Soule works at the local tire factory.

MEERUT – A video of man spitting on rotis while he cooks them in a makeshift tandoor at an Indian wedding in the ...

The cops said they became doubtful after checking surveillance footage from around his residence. A statement issued by the local police stated "Initially, the subject reported to officers that two masked men kidnapped him, hit his head (knocking him unconscious), and drove him around in a vehicle before they left him in the area he was found."

An extensive investigation was conducted and evidence was discovered, showing his story was fabricated and no kidnapping or assault occurred, it added.

The plan to skip work has now landed Soule in jail, and seems like the 19-year-old will be spending considerable time away from work due to the charges of false reporting.