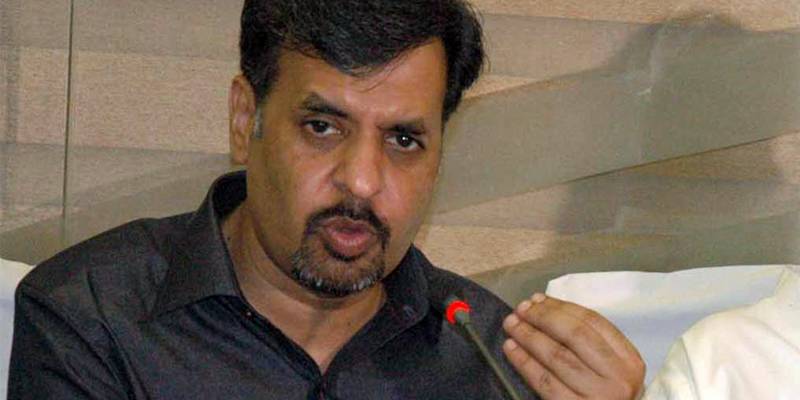 He along with two other members announced his addition in PSP at a press conference at Pakistan House Karachi.

The PSP chief said within a few days 4 MNA's and 4 MPA's have announced their inclusion in his party.

"We never abused anyone and we were sure that many people will join us as we have continued our struggle for better Pakistan," he added.

Qureshi, who belonged to the Farooq Sattar-led faction of MQM-P, while speaking about his decision said that he joined PSP as there is no scandal or pressure within the party. “We need to sit together to solve problems of the Urdu-speaking community,” he added.

Qureshi cautioned media from using terms such as ‘kites being cut’ and ‘wickets falling’ to refer to people leaving MQM-P.

“We are not kites or wickets. We are people who have made the decision on our own accord. We want to work for the betterment of the people,” he added while speaking at a press conference on Wednesday.

KARACHI - In what appeared to be another major political blow to Muttahida Qaumi Movement-Pakistan (MQM-P), another ...

Other members who had jumped their loyalties to PSP include MNA from Hyderabad Waseem Hussain, MNA Dr. Fouzia Hameed, MPAs Naheed Begum and Naila Munir.