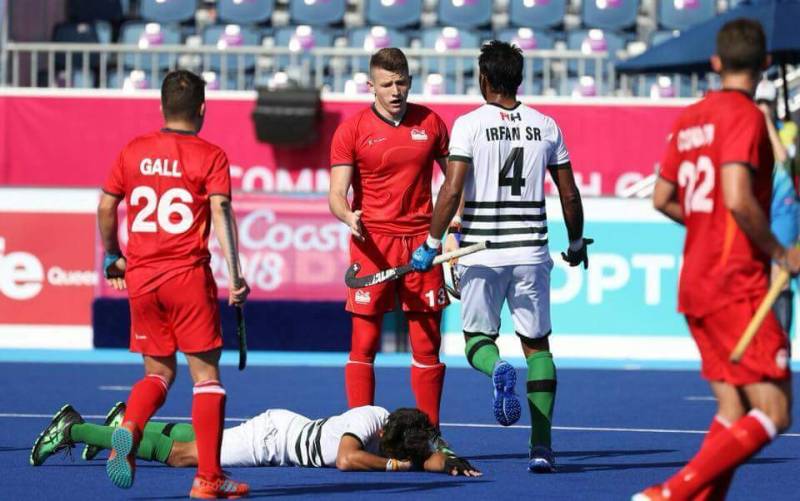 GOLD COAST, Australia - Pakistan on Sunday drew 2-2 against England in a thrilling encounter in men’s hockey at the Commonwealth Games in Gold Coast, Australia.

Both the teams played two goalless quarters in the match, but then Pakistan's Muhammad Irfan Jr. opened the scoring with a 32nd-minute goal.

England's Mark Gleghorne equalised the scored in the 33rd minute, with another goal in the fourth quarter.

Pakistan has played two games before in the tournament and drew both the games — 1-1 against Wales followed by 2-2 against India yesterday.

Pakistan currently stands at number three in Pool B with three points from three games.

They will next play Malaysia on April 11. The pool B consists of India, England, Malaysia, Pakistan, Wales.