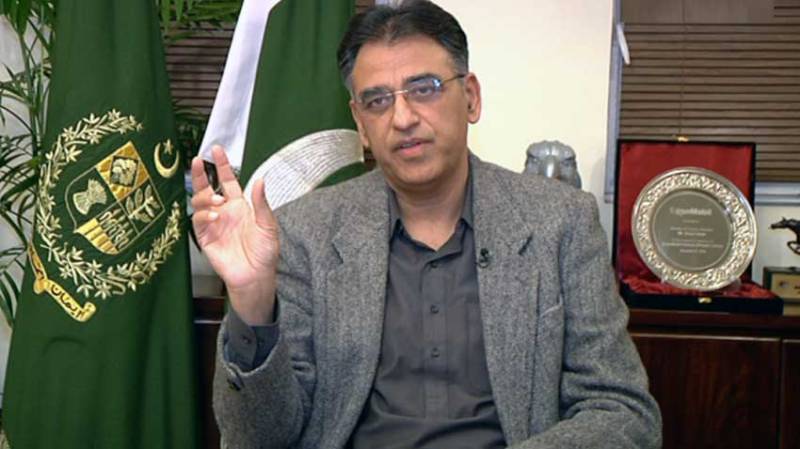 ISLAMABAD - Finance Minister Asad Umar said on Monday that the economic crisis was over as currently stabilisation process was underway, watering down the criticism directed towards him.

Addressing an event in Islamabad, the minister expressed that Pakistan would witness economic growth once stabilization is achieved.

The lawmaker drew the analogy of economy with a sick patient, however, hastened to add that the patient was now taken out of the ICU [Intensive Care Unit] for which the government had to take "emergency measures".

The finance minister said instead of taking easy decisions under the influence of the news cycle or elections, the ruling regime wanted to strengthen the economy by formulating policies that will strengthen it in the long term.

He also addressed the issue of exchange-rate crisis and said the criticism in this regard was unfounded.

"The exchange rate is not a measure of a strong economy. At one point, the Pakistani rupee was stronger than the Japanese yen, even though the latter's per capita income was much higher than ours," he explained.

ISLAMABAD - The World Bank (WB) in its recent report has said that structural reforms can revive Pakistan's economic ...

The lawmaker asserted that the practice of artificially maintaining the exchange rate had to end adding that it harmed farmers and exporters but provided a free subsidy to foreign traders.

"In order to end the practice [of artificially maintaining the exchange rate], economic fundamentals need to be strengthened," he elaborated.

Umar highlighted the core reasons behind faltering economy of the country which according to him was still hostage to a huge spending gap and fiscal and current account deficits.

He opined that at this stage, the government was borrowing loans in order to pay the interest of old loans, adding that the country's primary deficit is negative.

Umar also pointed out low revenue generation by the FBR as a core reason behind the economic difficulties being faced by the country. To enhance revenue collection, he said that it was important to differentiate between policy and administration, announcing that the government had decided to form a separate tax policy unit with experts on board.

The legislator stressed the importance of harnessing technology to reform the tax collection system.

The finance minister regretted that the predecessors had not developed the Islamic banking sector despite its preference by a significant portion of the public over conventional banking.