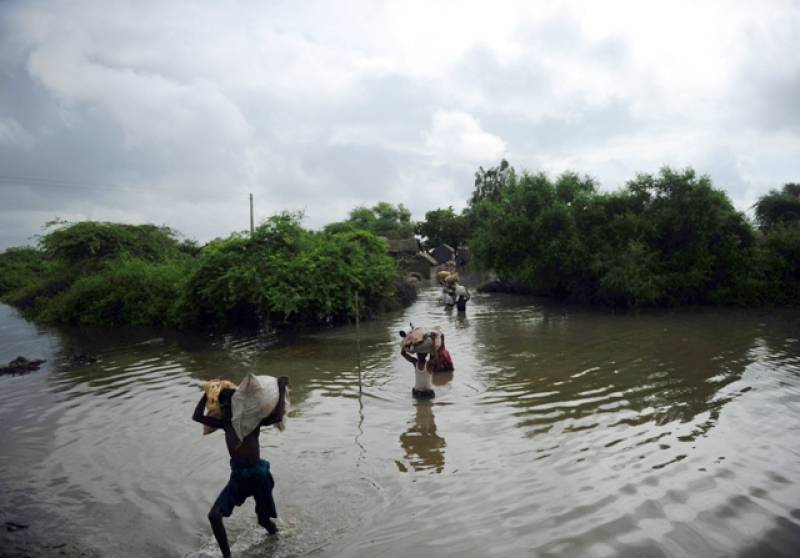 SIALKOT (Staff Report) - About 200 villages near Sialkot, Pasrur and Sambarial have inundated as India released 425,000 cusecs of water into the river Chenab without any formal warning to Pakistan, the officials said on Monday.

According to the Meteorological Department, a high-level flood has been noted in the Chenab, Nala Muna War Tawi and Nala Jammu Tawi due to heavy rainfall in the Indian-held Kashmir and freshly released water.

The water level also increased at Head Marala, while around fifty villages were affected by the floods in the regional streams. As a result, the Marala-Ravi Link Canal was closed for an indefinite period.

Meanwhile, 150 villages of Pasrur and Daska witnessed a havoc following the high floods in Nala Dek. Thousands of acres of the standing crops and hundreds of the livestock were affected. The Sialkot-Narowal road was also closed for traffic due to its vulnerability to the flood.

Sialkot District Coordination Officer (DCO), in a statement issued to the media, said that the holidays of the officials at the local administration have been cancelled and extensive rescue activities have been initiated in the affected areas.

On the other hand, the high flood in the Chenab is expected to pass by Muzzafargarh on Thursday. Keeping in the view the danger of the flood, the district administration has taken emergency measures in advance.

Similar flood warnings have also been issued for the areas close to the Head Khanki and the Head Qadirabad. A collective amount of over 600,000 cusecs of water is expected to pass from the region.

An increasing water level was also recorded at Mangla Dam, from where around 125,000 cusecs of water is passing currently. The administration was hopeful that the water-level will remain below the danger zone.

It is also worth mentioning here that so far across the country, at least eight people have died while several dozens still remain missing due to flood-related incidents.