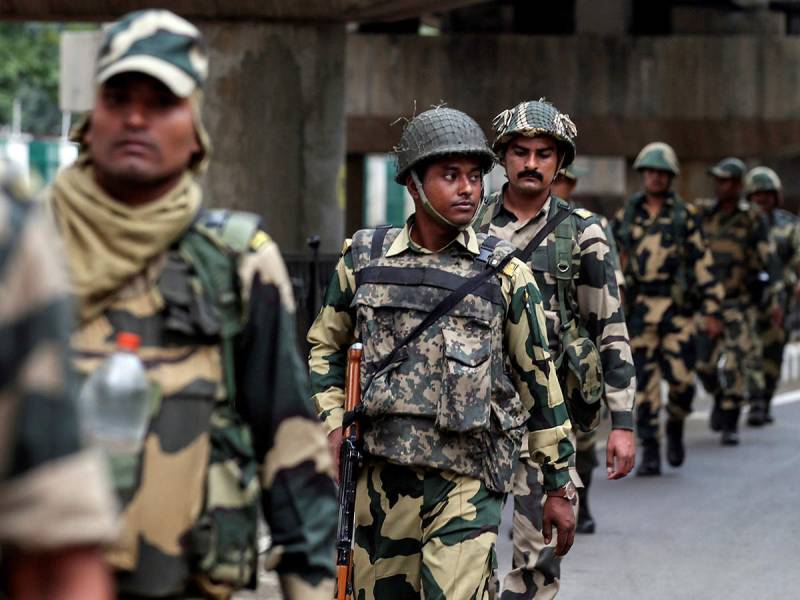 BEIJING – This week marks a year of the revocation of Jammu and Kashmir's special status by India when it repealed a set of articles from its constitution in August 2019. Ever since, there has been a near-total blackout of the internet and a series of curfews and lockdowns have devastated the region's economy.

With a bloated presence of the Indian military, international organizations are worried about grave human rights violations, most of which go unreported owing to the communication shutdown, according to an article published by China Global Television Network (CGTN) on Saturday.

The military deployments are a point of concern for China as well. Not just because they present a constant threat of instability but also because India has used troops stationed there to pose problems for China at the border near Ladakh. Last month, a clash between forces of the two countries left casualties on both sides.

Apprehension over military actions was expressed on August 5 by China's permanent representative to the United Nations, Zhang Jun, while briefing on a closed-door discussion by the U.N. Security Council. He reiterated China's stance that Kashmir is a historical dispute and should be addressed peacefully.

Of course, it is not only China that regards Kashmir as a dispute. The UN Charter, Security Council resolutions and agreements between India and Pakistan also consider it as such. When the Chinese Foreign Ministry spokesperson, on Wednesday, stated that the issue should be resolved as per the provisions of the UN, India responded by saying that Kashmir is its internal affair and China has no locus standi on this matter.

As far as China's locus standi is concerned, when India lays claim on Aksai Chin in the Karakoram mountains by calling it a part of Kashmir, it will invariably warrant a response from China.

Aksai Chin has been historically under Chinese rule, as per accounts from the Qing Dynasty (1636-1912) and multiple mentions in Western literature. Attempts to tamper history mixed with hyper-nationalist and expansionist ambitions of the Modi government are the reason it is being seen alienated from reality.

Meanwhile, a factual examination reveals that the problem has never been India's internal affair. When Britain decolonized the Indian subcontinent in 1947, it left the decision of Kashmir joining Pakistan or India to the local people. The princely state's ruler disregarded his people's wishes and invited India to annex the territory. Immediately after that, India and Pakistan went to the first war with each other.

To break the stalemate, India opted to knock the door of the UN in 1948, practically renouncing its right to call the disagreement its internal matter.

To this day, the UN considers Kashmir a dispute and maintains that it is the people of Kashmir who have to decide whether they want to remain with India or with Pakistan.

The presence of UN military observers in Kashmir also invalidates the Indian argument of the dispute being its internal affair. As in any other area of conflict, these observers are mandated to investigate and report ceasefire violations in both sides of Kashmir.

Even some prominent Indian politicians are of the view that Kashmir cannot be termed India's internal matter. Adhir Ranjan Chaudhary, lower house leader of India's main opposition party, the Congress, clearly expressed this fact last year on the revocation of Kashmir's special status. The party's president, Rahul Gandhi, went a step ahead and censured the Indian government for "unilaterally tearing apart Jammu and Kashmir." The unilateral nature of the move has been denounced by China as illegal and invalid. By not consulting any of the stakeholders, India has violated its obligations to the U.N., China, Pakistan and the people of Kashmir. After all, Kashmir is not a piece of land but a matter of the future of millions of people who live there. Without taking all these parties onboard, any decision is a recipe for conflict.

China stresses that the contestation should be solved through dialogue. This is quite understandable as only coming to the table will allow India and Pakistan to solve the challenges of poverty and illiteracy that plague South Asia.

Moreover, the COVID-19 outbreak has exposed the inadequacy of their medical systems and with India becoming the third most affected country by the pandemic, it is a moment of retrospect over its priorities.

Instead of investing in the human capital, India's pumping billions of Dollars on defense imports has caused nothing but alarm in its neighborhood. Last year when Pakistan shot down and captured an intruding Indian pilot, the entire world was on edge over fears of escalation. The episode also brought into light how fragile the situation in Jammu and Kashmir remains despite resolutions and measures undertaken by the UN.

China has invested heavily in its partnerships with India and Pakistan. While it is the second-largest trading partner of India, the China-Pakistan Economic Corridor forms the southern prong of the Belt and Road Initiative. It is, therefore, logical for China to ask the two countries to sort out their differences on Kashmir and serve the common good of the international community.