US B-52 bombers target Taliban advancing in northern Afghanistan 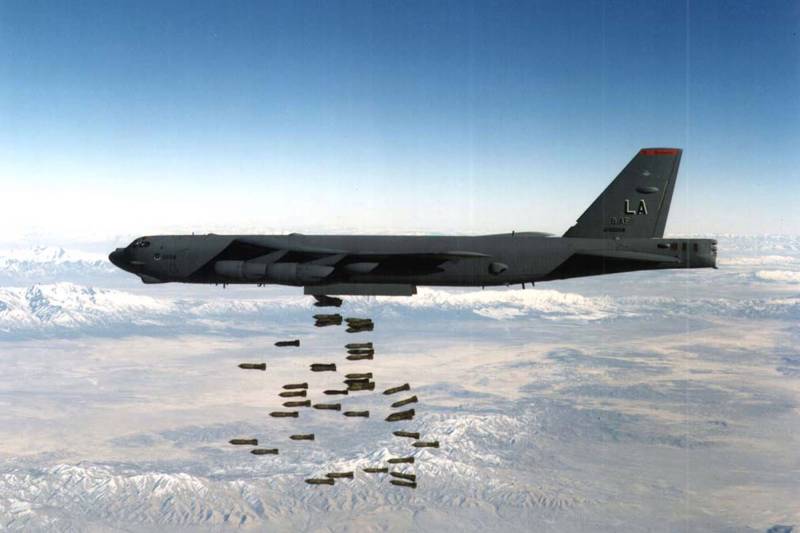 KABUL – US B-52 Stratofortress bombers Saturday launched airstrikes on the insurgents in the capital of the Jawzjan province, Sheberghan, inflicting significant damage.

Reports quoting sources said, “US President Joe Biden has ordered B-52 bombers and Spectre gunships to target Taliban terrorists in Afghanistan who are advancing towards three key cities”.

Afghan defense ministry spokesman Fawad Aman also shared a tweet in this regard “Taliban’s gathering was targeted by B-52 in Shebergan city, Jawzjan province today evening at 6:30 pm. The terrorists have suffered heavy casualties as a result of US Air Forces airstrike”, he wrote on Twitter.

#Breaking: Taliban’s gathering was targeted by B-52 in #Shebergan city, Jawzjan province today evening at 6:30pm. The #terrorists have suffered heavy casualties as a result of US Air Forces #airstrike

The US armed forces said they launched air raids against the Taliban in order to support Afghan government forces amid heavy skirmishes in the southern Helmand province.

Meanwhile, the reports further said that the combat aircraft are operating out of Qatar, while the aircraft carrier USS Ronald Reagan is on deployment in the Arabian Sea - the nuclear-powered warship has a fleet of F/A-18 Super Hornets.

The Taliban on Friday closed a major frontier with Pakistan, demanding a complete dismissal or leniency in visa ...

Heavy airstrikes were reported in Sheberghan while the Taliban also freed prisoners from the city jail.

On the other hand, there was no immediate response or comment from the Taliban spokesperson about the attack from US bombers.

As per the latest update, more than half of Afghanistan's 421 districts and district centers are now in control of the Taliban.

Taliban has assassinated the head of Afghanistan's media and information centre in the capital, Kabul, amid ongoing ...