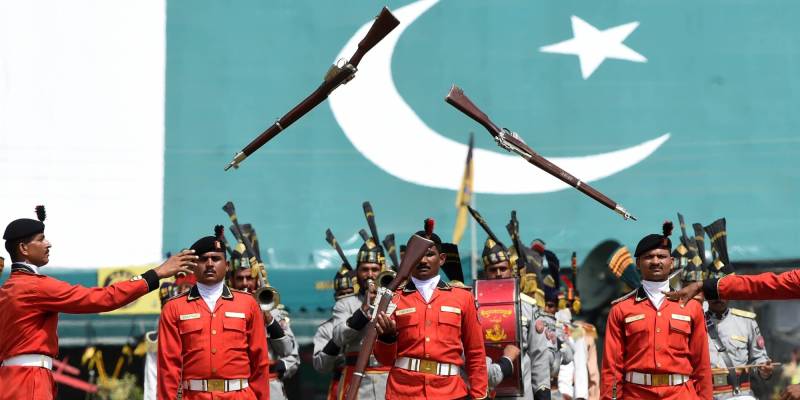 WASHINGTON - Pentagon, the headquarters of the United States Department of Defense has acknowledged Pakistan's fight against terrorism, stating that the country had lost more lives and troops to terrorism than any other country.

Addressing a press conference on Thursday, Pentagon Chief Spokesperson Dana White said that the recent visit of US Secretary of Defence James Mattis to Islamabad was aimed at finding a common ground with Pakistan and the official had 'fruitful conversations' during his time in Pakistan.

'This is about broadening our relationship and looking for opportunity,' White said.

The Pentagon official described that the common ground between Islamabad and Washington was 'the threat of terrorism'.

Lavishing praise on Pakistan, the official continued that the country had an interest in ensuring that terrorism stood defeated.

White maintained that Washington would work closely with Islamabad as it was in the interest of Pakistan, the US and the South Asian region to encourage a political reconciliation in Afghanistan.

Let it be known that US Secretary of Defense James Mattis landed in Pakistan on his maiden tour this week and emphasised the role that Pakistan could play in coalition with the US to facilitate a peace process in Afghanistan.

Mattis' deliberations came on the heels of remarks by CIA director Mike Pompeo who warned Pakistan that if it did not eliminate the alleged safe havens inside its territory, the United States will do 'everything' to destroy them.

The high-level meetings between Pakistani and US bigwigs came in the backdrop of US President Donald Trump's renewed SOuth-Asia policy unveiled in August.