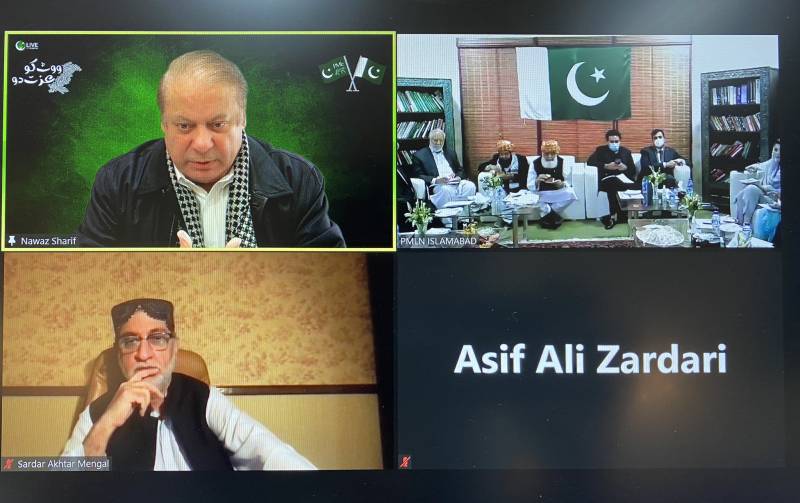 It comes as a result of repeated contacts between the ousted premier and the former president.

"The resignations should be first presented to Maulana Fazal-ur-Rehman, the head of Opposition's Pakistan Democratic Alliance," Nawaz was quoted as saying by local media.

ISLAMABAD – A Pakistan Muslim League-Nawaz (PML-N) lawmaker on Monday resigned from the lower house of ...

A meeting of the Pakistan Democratic Alliance is being held today (Tuesday) in which the strategy against the government and the future course of action will be decided.

Earlier, Prime Minister Imran Khan said that the opposition was seeking a confrontation. He warned that legal action would be taken against those violating COVID-19 SOPs.

He said that the opposition was endangering the lives of people by holding public meetings amid the rapid spread of the coronavirus. He also reiterated his resolve that there would be no compromise on accountability even if the government had to go.