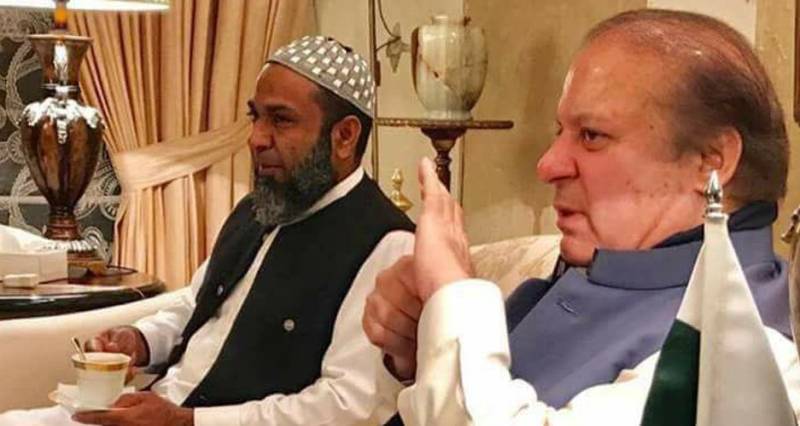 ISLAMABAD – A Pakistan Muslim League-Nawaz (PML-N) lawmaker on Monday resigned from the lower house of country’s Parliament in a bid to overthrow the PTI-led government in the Centre.

Hamid Hameed, who was elected MNA from NA-90 constituency, submitted his resignation (written in Urdu) to the National Assembly Speaker, becoming the first PML-N lawmaker to do so.

In his resignation, Hameed reaffirmed his confidence in the leadership of absconding leader Nawaz Sharif and his jailed brother Shehbaz Sharif.

Chaudhry Hamid Hameed, who has been a member of the National Assembly since August 2018, was booked for using derogatory language against state institutions in 2019.

A heavy contingent of police had also raided his house but he managed to evade the arrest.

Pakistan Democratic Movement (PDM), an alliance of opposition parties including Pakistan Muslim League-Nawaz, has launched a spree of rallies against the ruling government of Pakistan Tehreek-e-Insaf (PTI) over what it calls poor governance, election rigging and biased accountability drive against opposition leaders.

The opposition parties has been calling the Imran Khan-led government “selected”, accusing establishment of installing it since PTI made government in the Center in 2018. They also slam the government for failing to control inflation and growing unemployment.

In its rallies, the PDM has also been demanding resignation of Prime Minister Imran Khan over his incompetency to govern the country.

However, the ruling PTI terms PDM’s political power shows a tactic to exert pressure on the government for getting NRO-like concession in corruption cases.

Media reports say the PDM has chalked out a strategy, carrying three steps, to send the government packing, adding that rallies are part of the first layer.

In the second round, a long march would be held against the government while tendering resignation from the parliament would be its last move.