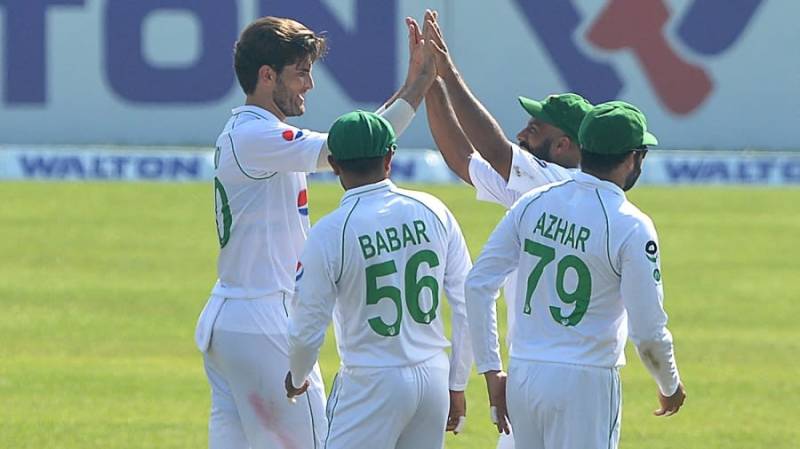 DHAKA – Babar-led squad has completed a 2-0 sweep of the Test series against Bangladesh, sealing victory at the Sher-e-Bangla National Stadium in Dhaka on Wednesday.

Tigers’ top-order rattled against the Pakistani bowlers when the hosts lost four early wickets after they were made to follow-on by Shaheens. Bangladesh bowled out on 205 in the second innings. Pakistan won the match by an innings and 8 runs.

Bangladesh fight back but Pakistan persist!

The visitors win the second Test by an innings and 8 runs to take the series 2-0 🎉#WTC23 | #BANvPAK | https://t.co/sUmFzGtpnF pic.twitter.com/nIMqX3Jeiv

Earlier, Bangladesh were all out for 87 in their first innings of the rain-hit second Test against Pakistan on the final day. Off-spinner Sajid Khan finished with 8-42 as the hosts added just 11 runs for their remaining three wickets after resuming on 76-7 in reply to Pakistan´s 300-4 declared.

All smiles and why not (player of the match) 🙌🙌 pic.twitter.com/EEKX5GU3V7

DHAKA – Pakistani off-spinner Sajid Khan claimed a career-best 8-42 as Men in Green reduced hosts to 87 in the ...