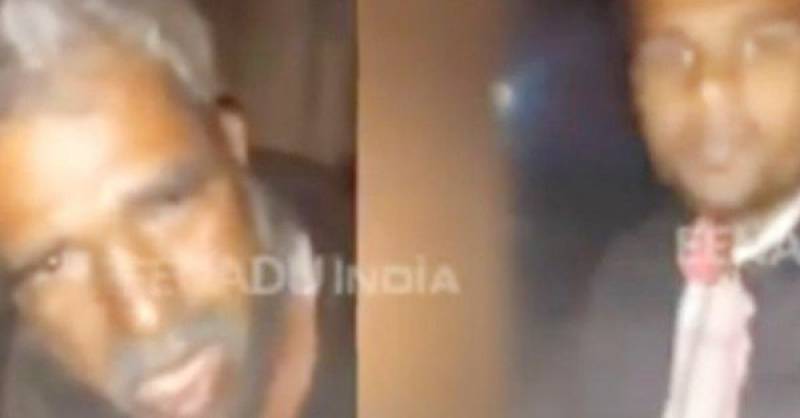 NEW DELHI - A young Indian extremist man in India abused and beaten a 45-year-old Muslim man for not obeying his order to say “Jai Shri Ram” in a video surfaced from Rajasthan, sparking an anger in Muslim community.

In the three-minute video clip, which went viral on social media after being shared by the accused, the victim, identified as Mohammad Salim was slapped 25 times and yanked by his beard forcing him to say words tied to Hindu religion. Despite facing torture from Hindu extremists, the man can be heard as saying, “Parvardigaar sabse bara hai [God is almighty].”

According to Indian media, the incident happened on a road around 30 km from Mount Abu, a popular tourist spot in Rajasthan’s Sirohi district.

The suspect has been identified as 18-year-old Vinay Meena, who has been arrested by police for inciting religious sentiments and disrupting peace in the area.

As the video surfaced, the Muslim community protested the incident and lodged a complaint against the accused at Abu Road City police station.

“An FIR was registered yesterday based on a complaint we received from members of the Muslim community,” said Om Prakash, Superintendent of Police Sirohi, while speaking to News18.

On December 6, a 48-year-old Muslim man Mohammad Afrazul, was hacked to death and burnt alive in Rajasthan’s Rajsamand town. A gruesome video of the crime had also gone viral.