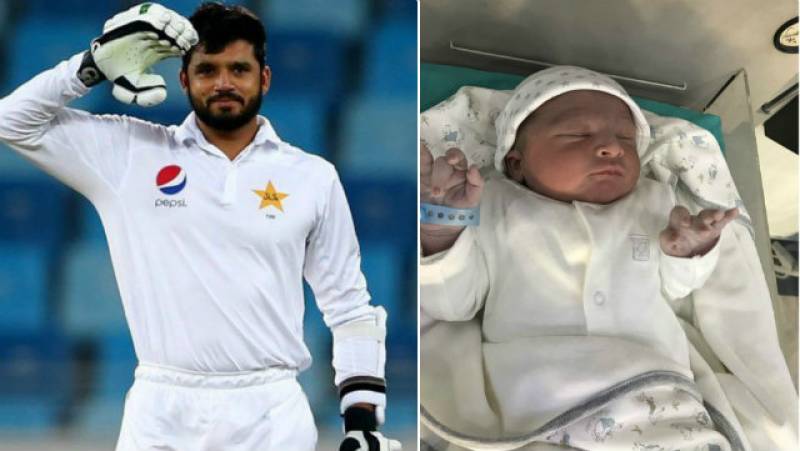 LAHORE - Former Pakistan skipper Azhar Ali has welcomed his third son in his hometown, the cricketer announced on Thursday.

“Alhamdulillah Allah has blessed us with a baby boy meet new member of our family, Azlan Azhar,” he posted, inviting a stream of congratulatory messages from fans and the cricketing world.

Alhamdulillah Allah has blessed us with a baby boy meet new member of our family, Azlan Azhar. pic.twitter.com/8T7WnKGsVy

Azhar Ali's two older sons are already known to the fans as cricketers in the making. The 32-year-old regularly shares pictures and videos of his sons playing cricket with him.

The former ODI captain made his Test debut for Pakistan against Australia in the first Test at Lord's in July 2010.