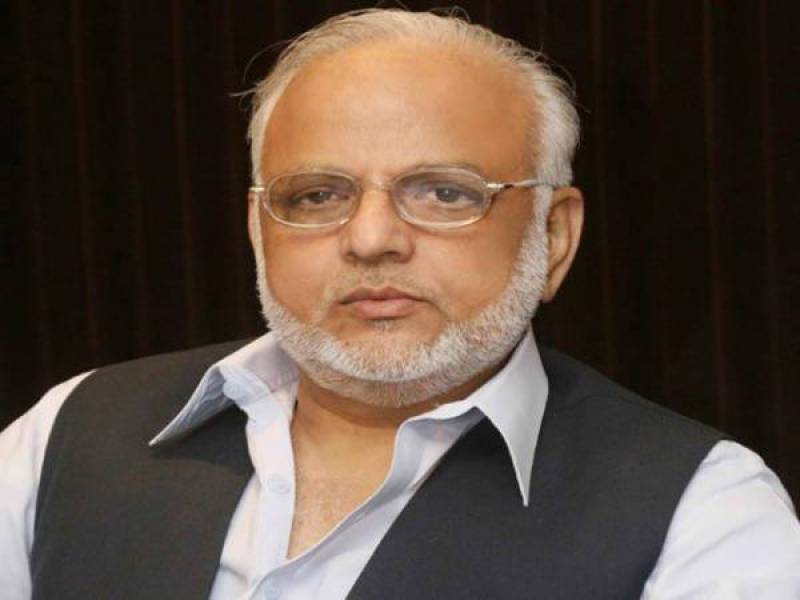 LAHORE - As reports of Pakistan Tehreek-e-Insaf (PTI) chief Imran Khan's third marriage are rife in media, one of the party leaders has apparently advised Khan to focus on his goal of becoming the next prime minister of Pakistan, instead of searching a life partner for the third time.

Ejaz Chaudhry on his Twitter account shared an image showing an edited road diversion signboard. The board, which is apparently a warning, shows one road is leading to prime minister house, while another road goes to the third marriage.

Chaudhry's post drew dire criticism from his party's supporters as they might have found it a suggestion for Khan that bars him from conducting a third marriage. 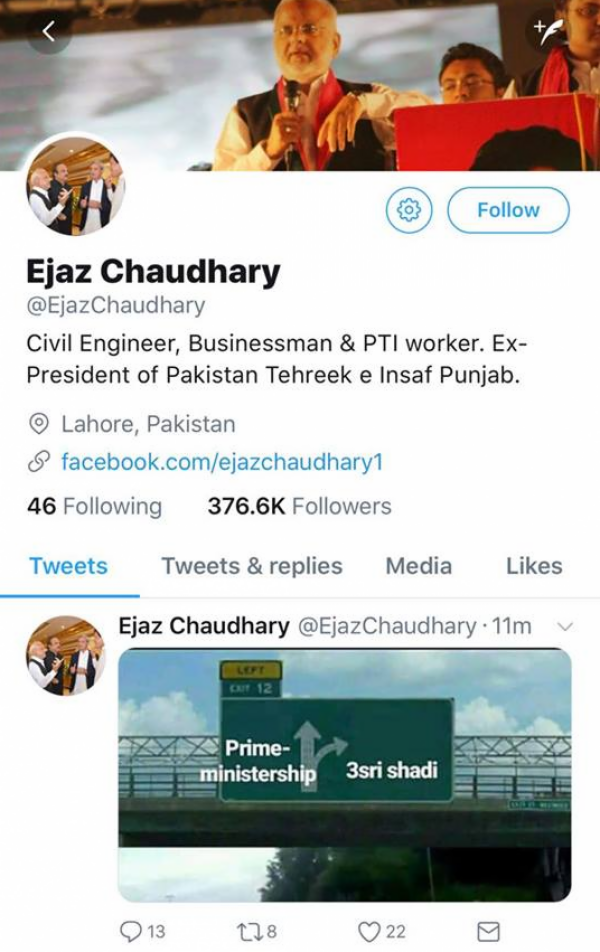 As the PTI leader shared the caption-less picture on his Twitter handle, tigers of the party not only slammed him but also abused him, forcing him to delete this post.

The rumours of Imran Khan’s ‘third marriage’ took Pakistan by storm on Saturday, becoming the hottest topic in the country.

It all started after The News published a report claiming that the PTI chairman had married a woman whom he regarded as his faith leader in a secret ceremony on Jan 1.

According to a statement issued by the party on Sunday, Khan had proposed marriage to Bushra Maneka, who has “asked for time to make a final decision after consulting her family, including her children”.

Bushra Maneka, who is in her 40s, is from the influential Wattoo clan, of which the Manekas are a sub-clan. She was married to Khawar Farid Maneka, a senior customs official in Islamabad.

Reports suggest that the PTI chief had first met with Bushra, also known as ‘Pinki’ in the area, shortly before the 2015 by-election in Lodhran for the NA-154 seat.

Bushra’s two sons – Ibrahim and Musa – are graduates of Lahore’s Aitchison College, the alma mater of Imran Khan, and are currently studying abroad.