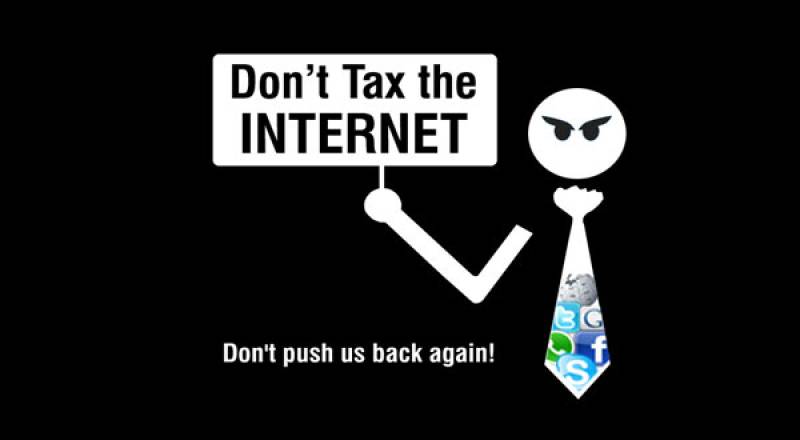 LAHORE (Web Desk) - Dr Ayesha Ghaus, Finance Minister Punjab, during her budget speech announced the reversal of Internet tax that Punjab had imposed in May 2015 through an SRO, however, the government of Punjab has not yet reversed the tax and no official notification has been issued even after a month of announcement.

Punjab government had imposed 19.5% GST on internet services (DSL, WiMAX,EVDO, 3G and 4G) however Finance Minister Punjab had announced that her government will not impose taxes on internet.

Dr. Ayesha Ghaus, during her budget speech, had explicitly said:

"Mr. Speaker I want to share a good news now, particularly for education sector, businesses and individuals. Despite other provinces are taxing internet services, Punjab Cabinet decided today morning that Punjab will not impose any taxes on internet services. The notification that was issued earlier will be withdrawn."

However, even after almost a month of official announcement in the budget speech on the floor of the provincial house, that was aired to whole nation through state TV and dozens of other TV stations Punjab Revenue Authority is yet to reverse the tax.

Mobile phone companies and ISPs are in state of shock as they had not collected taxes from customers, however, they will have to pay GST to Punjab as notification isn’t reversed as of yet, propakistani cited.

Next cycle for submission of taxes to provinces is due on July 21st, 2015.

“There is nothing much you can do about a person who had clearly announced the reversal of internet taxes, but then she retracted from the stance altogether”, said a CCO of a mobile phone company while speaking with ProPakistani.

“While article 62 and 63 can be invoked as its a blatant lie spoken on the floor of the house, but then its a shame that we have to move courts to remind the politicians of their statements. Its a shame that we are ruled by such incompetent, fraud and unethical people”, said a head of an ISP who is due to give sales tax to Punjab from his pockets as he didn’t collect it from the customers.

Mobile phone companies have said that they will charge customers 19.5% if they don’t get any notification from Punjab government.