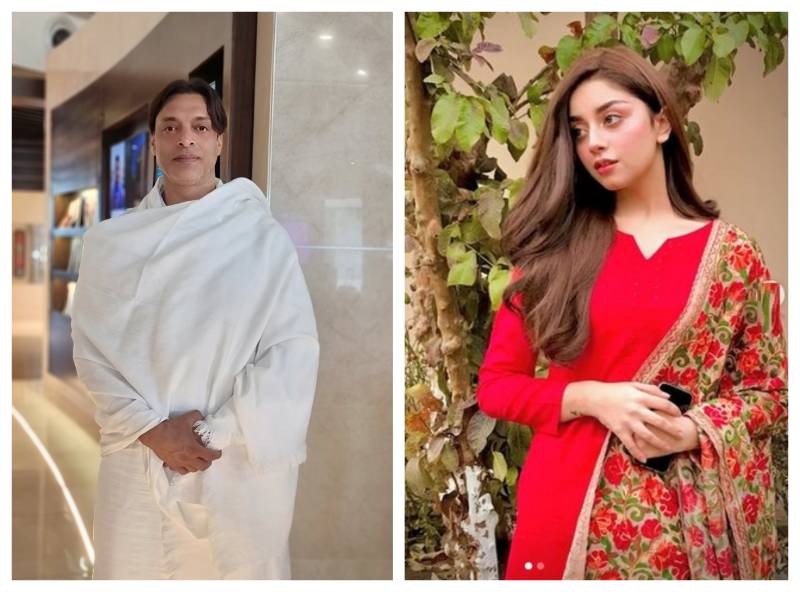 LAHORE – Pakistan's cricket legend Shoaib Akhtar is currently in Saudi Arabia to perform Hajj 2022, as a state guest of the kingdom.

Last week, the Rawalpindi Express ad announced the great news about it on his official Twitter and Instagram handles where various celebrities and fans graced his comment sections with congratulatory messages.

However, Pakistan’s young actor Alizeh Shah has noticed a hilarious comment made by a social media user on Shoaib Akhtar’s announcement.

As pilgrims perform a Hajj ritual called Rami al Jamart [Stonning of the Devil], the user while referring to Akhtar’s record bowling speed wrote: “Shaitaan gona get hit with stones income at 150kph+ this year”.

Taking to her Instagram story, Alizeh called it an original meme. 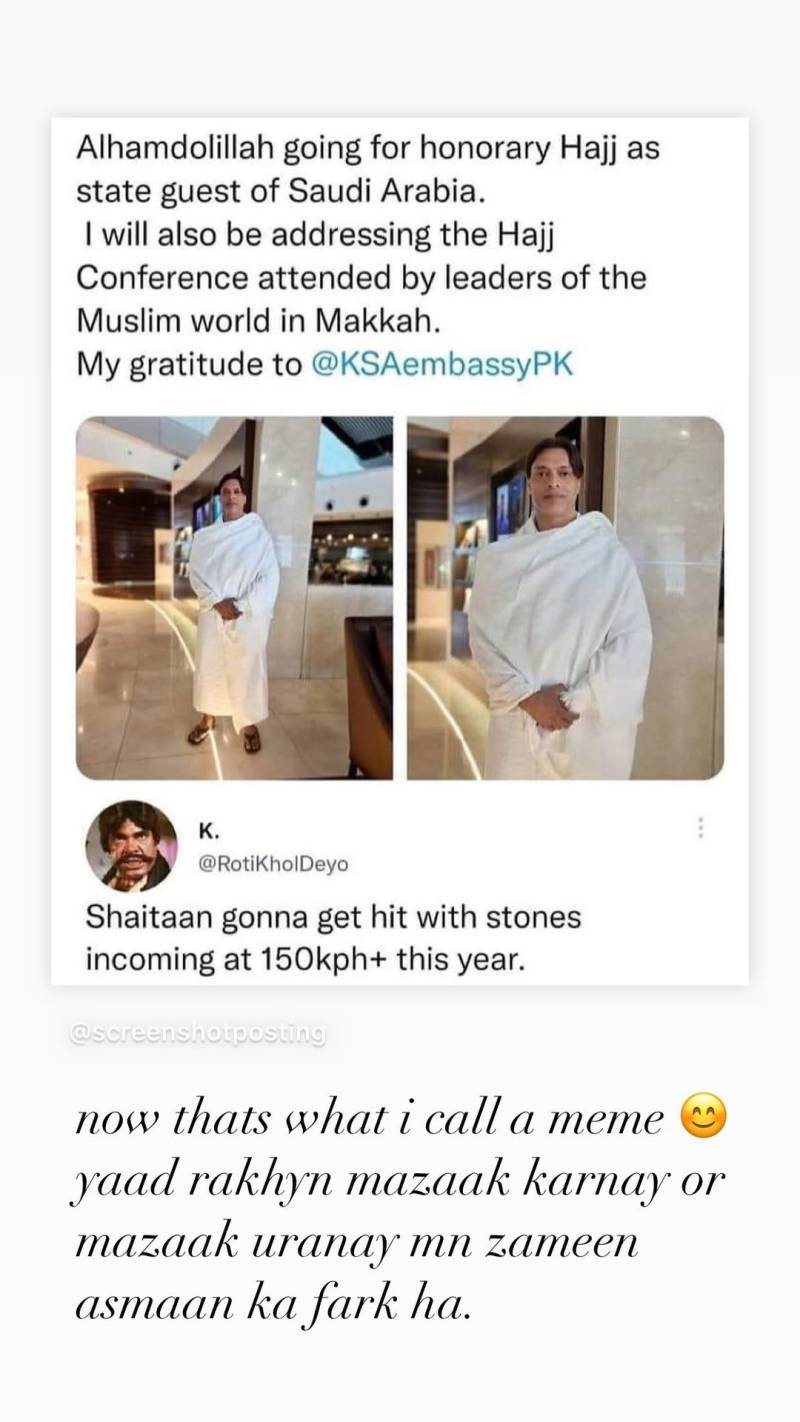 “Now thats what I call a meme,” she wrote while schooling keyboard warriors, who troll people without caring what is the redline for others.