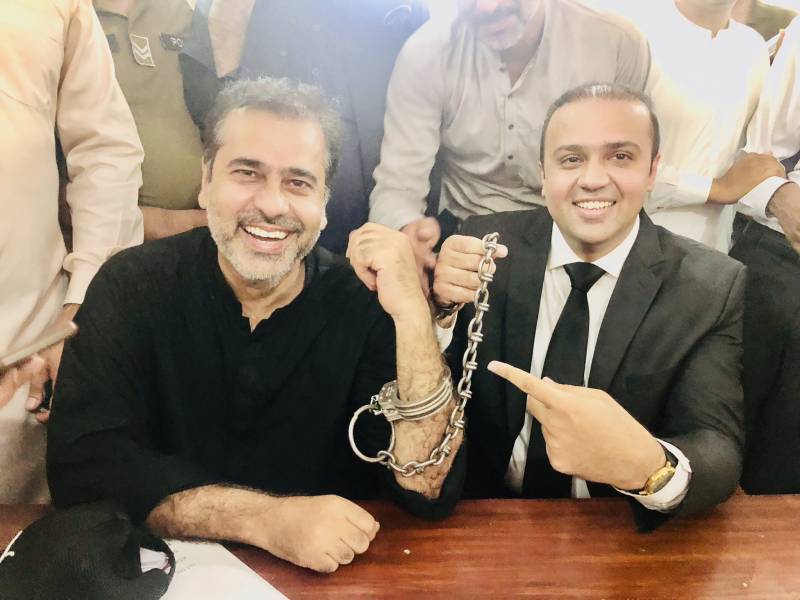 LAHORE – Police in Punjab have shifted journalist Imran Riaz Khan to the lock-up of CIA police at Kotwali police station of the provincial capital, his lawyer said on Friday.

Reports in media suggest the police had initially planned to keep him at Civil Lines police station but later changed the plan.

Earlier today, a local court of Chakwal district allowed Khan's judicial remand who was brought to Lahore days after his arrest from a toll plaza near Islamabad.

His lawyer, Advocate Mian Ali Shfaq, has maintained that his client was kept awake for 60 hours in the police custody.

A large number of cops and paramilitary forces had detained Imran Riaz Khan, a vocal critic of the incumbent government, late on Tuesday despite that the Islamabad High Court had already granted him pre-arrest bail.

The journalist has been implicated in nearly 20 cases which he says were motivated by his refusal to “stop speaking the truth”.

More than a dozen FIRs have been registered against him on charges as serious as abetment of mutiny and criticism of state institutions.

Pakistani police on Tuesday arrested senior journalist and TV anchor Imran Riaz Khan, who is a strong critic of the ...