After night of hard partying, 3 British men land in Syria by 'accident' 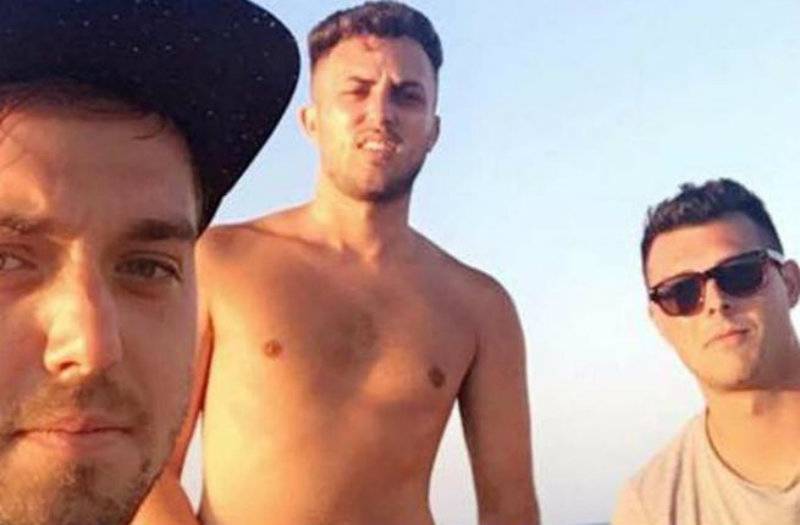 JORDAN (Web Desk) - Three British men claim they ended up in war-torn Syria after boarding the wrong boat from the resort town of Ayia Napa.

The top lads, as they would be called in British slang, claimed they had boarded what seemed like a dolphin watching cruise before discovering that they were on the wrong boat, after nearly 100 km on sea.

Lewis Ellis, 25, from Manchester, Alex McCormick, 19, from Colchester in Essex, and James Wallman, 23, from Hertfordshire, say they finally got home more than 24 hours after their bizarre adventure began.

They claimed they were then rescued by Russian military personnel in Tartus, Syria, and were sent on a boat back to Ayia Napa, Al Bawaba reported.

They claim they still had no clue where they were until one of them was able to post on Facebook and the app revealed their location.

Alex added: "Eventually we found a translator and when we told him he just fell about laughing."

"We hung round in their quarters and they took pictures of us before we could get the boat back," he said.

Russia has a naval base in the port of Tartus, which is one of Syria's few gateways to the Mediterranean.

Hundreds of thousands of people have been killed in Syria's brutal civil war and the rise of Daesh, which has laid claim to the country as their base.