Cannibalism or spirituality? Albino children being killed in Malawi for use in ceremonies 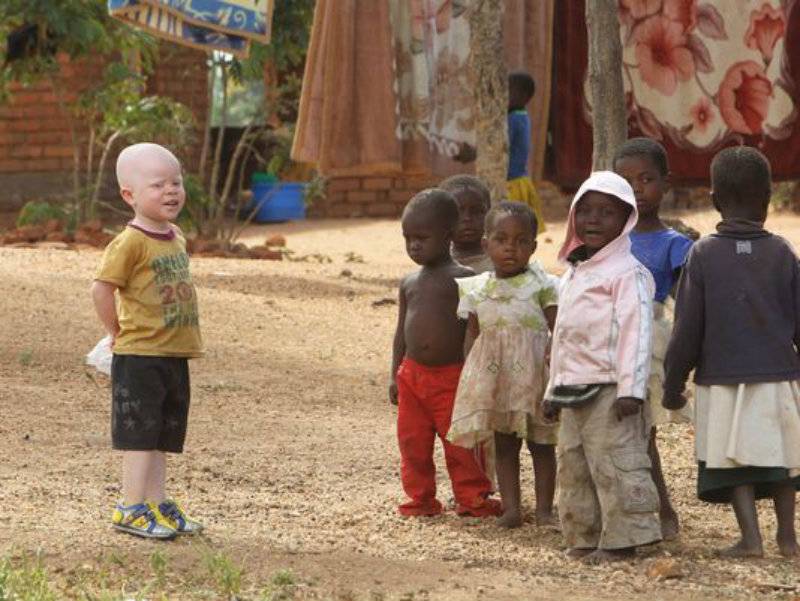 MALAWI (Web Desk) - At least 18 people with albinism have been killed since November 2014 in Malawi. The killings have reportedly been fueled by superstitions such as sleeping with an albino woman can cure men of HIV, Amnesty International (AI) has reported.

The actual number of killings is likely much higher because many deaths in the rural areas go unreported, said AI.

In Malawi, it is also believed that the bones of albinos contain gold.

Moreover, in Tanzania, businesses and politicians turn to witch doctors who say that the body parts of albinos bring wealth or good luck.

As a result, albinos, especially children and women, are increasingly being kidnapped and killed in these countries, to fuel the burgeoning black market trade of their body parts.

There are an estimated 7,000 to 10,000 people born in Malawi with the absence of pigment in their skin, eyes and hair, according to The Association of People with Albinism in Malawi. They "live in fear of losing their lives to criminal gangs, who, in some instances, include close family members," Amnesty said.

"Societal misunderstanding of albinism in Malawi has endangered the lives of this population group. It has created insecurity and widespread discrimination. In everyday life, people with albinism are frequently treated as less than human," the group said.

It is commonly believed that albinism is contagious, causing those with the condition to be further shunned.

Criminals also remove bones from graves of people with albinism in order to sell them in Malawi and Mozambique, fuelled by the belief that their bones contain gold.

The threat of violence has led many albino children to drop out of school. Adults with albinism avoid being out after dark.