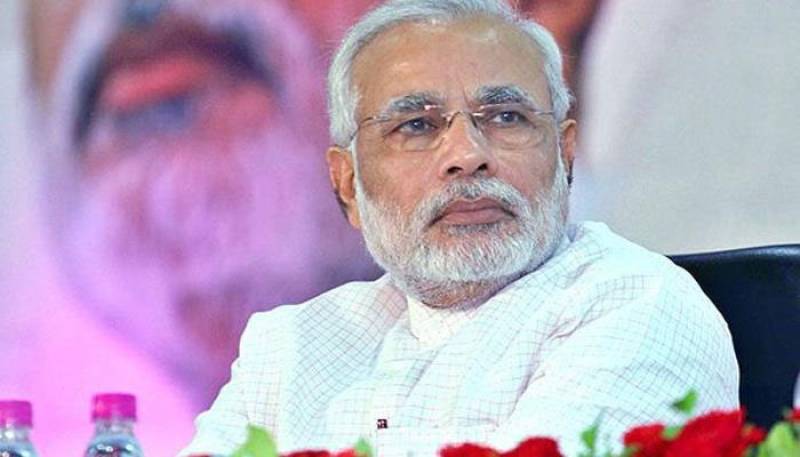 WASHINGTON (Web Desk/APP) - The Human Rights Commission of the US Congress has expressed concern over the growing incidents of violence against minorities in India.

A day before the Indian Prime Minister was due to address the joint session on Capitol Hill, the Human Rights Commission of the US Congress held a hearing on various incidents of discrimination, intimidation and harassment against Muslims, Christians, Sikhs and Buddhists in the world’s "biggest democracy".

Joseph R Pitts, Co-Chairman of the Commission noted the strengthening of ties between the United States and India in different sectors. However, he regretted that in improving its relations with India, the US had failed to take note of the rising trend of human rights violations in India.

Related: Intolerance in India? Actress who played Hindu goddess Parvati on TV is shamed by public for putting up bikini Instagrams

“Many of these developments, certainly positive, have overlooked a troubling array of human rights concerns that should give us a pause,” said the Congressman.

Congressman Pitts recalled that a hearing in 2014 noted an alarming trend of communal violence targeting Indian Muslims and Christians, adding that the number of these instances had grown in recent years.

He said that the US Commission on International Religious Freedom’s recent report says that religious intolerance and religiously-motivated violence had increased in India in 2015. Another report by the US State Department cited several incidents, including the enforcement of anti-conversion laws in India.

The Congressman said that in February this year, co-chairman of the Human Rights Commission and 32 other lawmakers, including 8 US Senators wrote a letter to Prime Minister Modi expressing concern over reports of religious intolerance and violence against minorities in India.

Pitts regretted that the letter never received a formal reply and instead received a response in public, calling the reported incidents of religious violence in India an “aberration”.

The Congressman noted that throughout the Fall of 2015, numerous Indian writers, artists and scientists had returned their national awards to protest the growing intolerance against religious minorities and freedom of expression. Some Indian business leaders and Indian-born economists also echoed these concerns, he added.

The Congressman stated that many international and domestic NGOs have expressed concerns over the human rights violations against marginalized communities in India.

He said that, according to various sources, licenses of nearly 9,000 NGOs had been cancelled by the Indian authorities in 2015. Several high profile Western NGOs, including Green Peace and Ford Foundation, were denied access to funds, he added, saying this state of affairs was of grave concern.

Congressman Trent Franks, another member of the Commission, noted that Indian minorities, including Muslims, Christians, Sikhs and Buddhists had endured violence for decades and they continue to live in a climate where “known perpetrators commit violence with impunity”.

He recalled the 2002 mob violence in the Indian State of Gujrat, where Modi was the then-Chief Minister, which killed 2000 Muslims, including women and children, and forced more than 100,000 to flee their homes.

In 2013, violence against Muslims in Uttar Pradesh left 40 dead, while over a dozen women and girls were raped and 50,000 people were forced to flee their homes, he added.