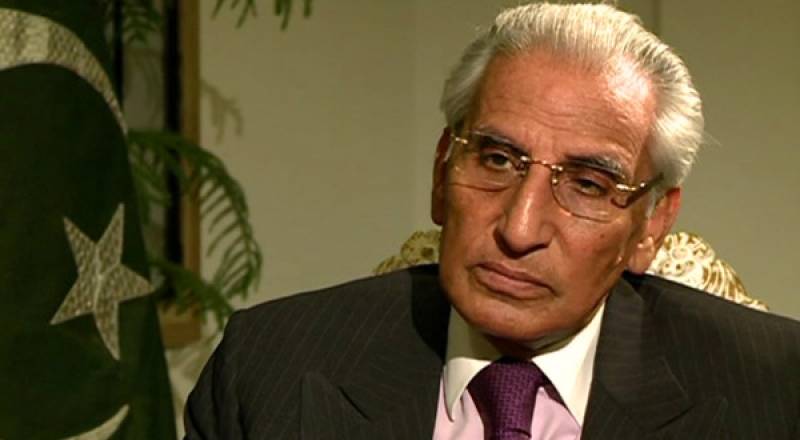 ISLAMABAD (Staff Report) - Special Assistant to the Prime Minister on Foreign Affairs Syed Tariq Fatemi has said that a stable Afghanistan is an absolute must for peace in the region, adding, however, that efforts to begin peace talks with Taliban had been sabotaged.

In an interview, he said that the recent  US drone attack in Balochistan that killed Mullah Mansour had negatively impacted the peace and reconciliation process in Afghanistan. He described the attack as an illegal violation of Pakistan's sovereignty.

Fatemi also said that the drone strike had raised questions about the United States' intentions regarding peace and reconciliation in Afghanistan.

He added that Pakistan believed dialogue was the only option to ensure peace and reconciliation in Afghanistan, and that peace in Afghanistan was also vital for peace in the region.

About India's bid for membership of the Nuclear Supplier Group, Tariq Fatemi said that the objective of non-proliferation could not be undermined by allowing some countries to violate or bend the Non-Proliferation Treaty.

He said that since the NSG was created in reaction to Indian nuclear tests in recent decades, offering the country group membership would send a negative signal on proliferation.