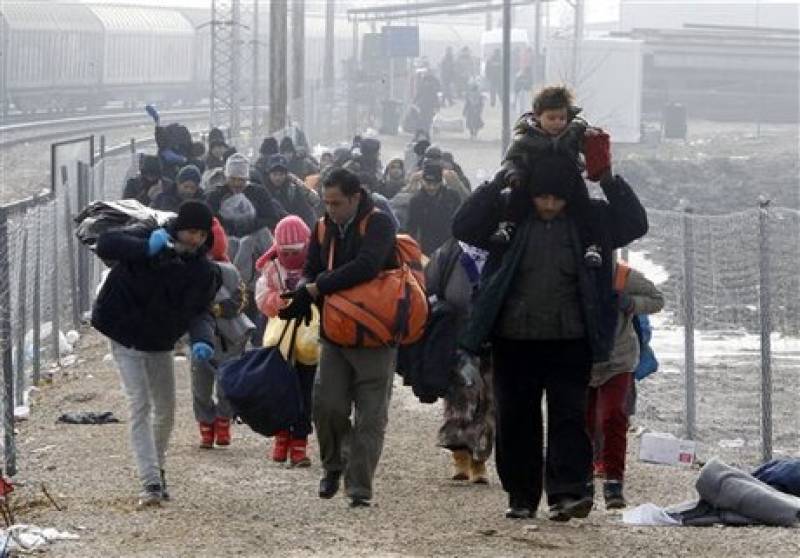 BRUSSELS - The European Union has decided to send a top official to Hungary to have a "serious discussion" with the government over plans to detain all asylum seekers, a spokesman said Wednesday.

EU Migration Commissioner Dimitris Avramopoulos will travel to Budapest in the coming weeks after Hungary's parliament approved the detention scheme on Tuesday.

The legislation will see arriving asylum-seekers, as well as those currently in the country, confined in camps made of shipping containers at Hungary's southern borders while their applications are processed.

European commissioners meeting in Brussels "discussed the legal situation regarding Hungary" on Wednesday, said a spokesman for the Commission, the 28-nation EU's executive arm.

The commissioners "concluded that Home Affairs Commissioner Avramopoulos will go to Hungary for a serious discussion with the Hungarian authorities".

The visit will take place within the next two weeks, the spokesman said.

Hungarian Prime Minister Viktor Orban has said the detention plan will make all of Europe safer from terror attacks, calling immigration the "Trojan Horse of terrorism".

EU member Hungary previously systematically detained all asylum applicants but suspended the practice in 2013 under pressure from Brussels, the UN refugee agency (UNHCR) and the European Court of Human Rights.

The UNHCR said Tuesday that the new legislation "will have a terrible physical and psychological impact on women, children and men who have already greatly suffered." – APP