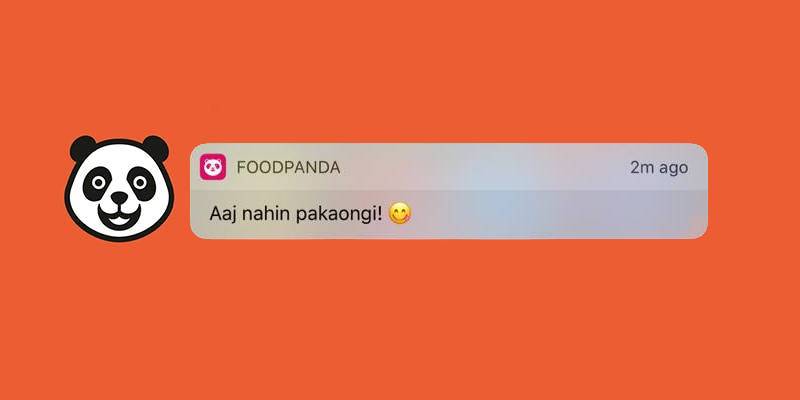 LAHORE- While rest of the world is celebrating "Women's Day", Foodpanda seems to be upholding the predefined gender roles. In celebration of International Women's Day - which is all about commemorating women's rights - the food giant sent its users a message which read, "Ajj Nahi pakaon gi." Thus, restricting the iconic women's rights movement to a mere holiday from kitchen and household. 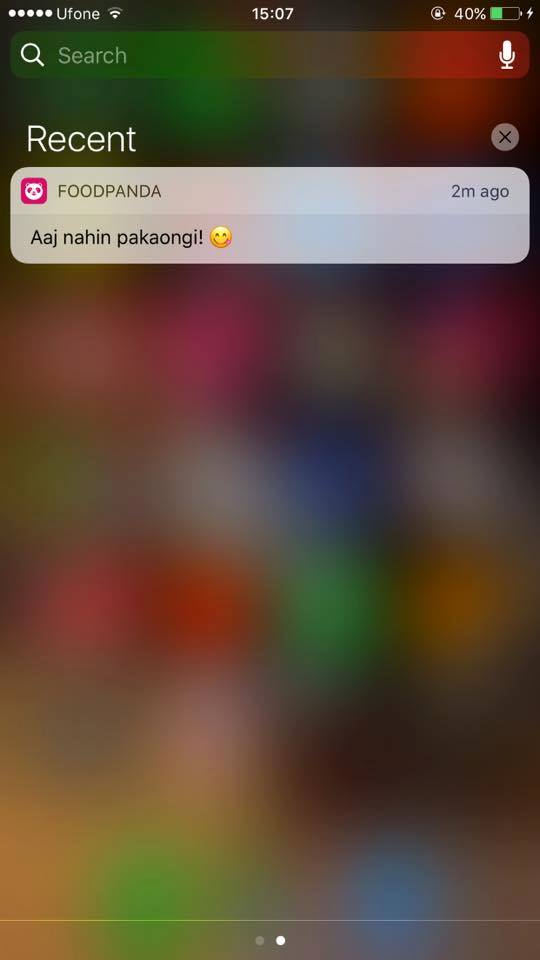 This advertisement by Foodpanda defining or validating the already defined gender roles is wrong at so many levels. The day isn't just about giving women a holiday from the kitchen, it's about giving them equal rights, equal worth and equal opportunities. However, the food giant seems to ignore all that and internet isn't too happy about it. 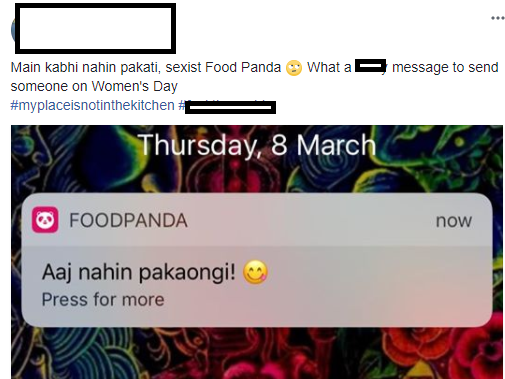 Foodpanda's full message, even if posted with best of intentions does reek of benevolent sexism where women are only portrayed in traditional gender roles.

Soon the debate was initiated with some laughing at the arguably sexist ad while some criticizing it severely.