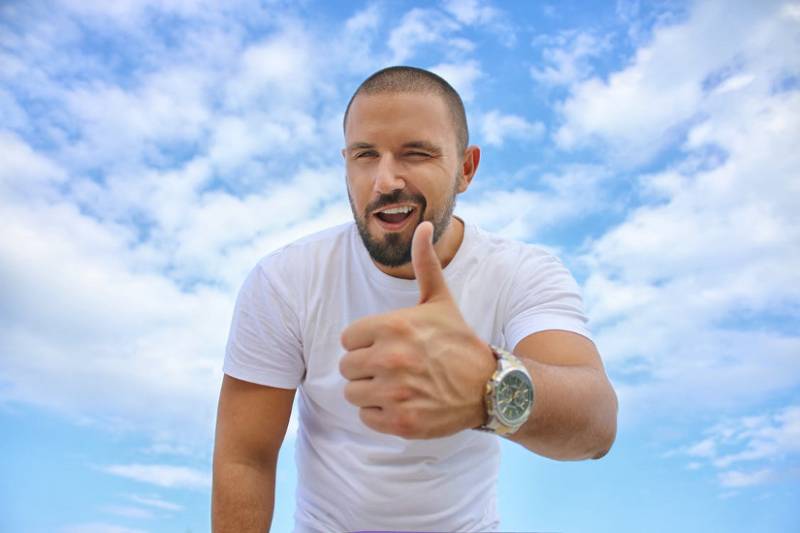 First, a warning: this piece contains male-friendly adult content, and is not for women. It’s one of those boys-only talks that sometimes happen in gyms or change-rooms, but mostly only in our heads.

International Women’s Day 2018 is here; and this time it feels a little different, as most men are a bit more startled, a bit more puzzled, and have scratchier heads. In our hearts, we know that #MeToo will pass too, and we have miles to go before being at peace with women in our covert and understated, coercive yet clarion gender-wars.

Out of the 3.5 billion plus of us men, only about half are on the Internet and one-sixth access information in English. Point being, even if all of us on the net get it today, and believe– for a change - that things are changing, more than half would still be indulging in our ‘women-protection’ acts.

Men have been and are going to be for a few more decades the louder part of human species. Our other bitter-better-half falsely claims to be the real reason for the continuity of the human race. That’s a lie. We are here because of us, men. That is one reason we love the Adam and Eve story!

Our sense of entitlement and self-importance is often seen by women and anti-men men as bordering on ‘sheer nonsense’; well, that is pure nonsense.

Human species, science tells us, evolved thus far due to our better adaptability. But religions tell a different, simple and more believable story: men were created to be and remain superior and therefore we are where we are, and we are what we are.

Now rhetoric aside, on this IWD we, i.e., many millions of us are and ought to thank God (those who believe in God), or our stars, if you happen to believe in other powers responsible for good and bad luck, that it was only #MeToo and not the #HeToo movement.

Otherwise, many of us today would be indifferent and dire straits.

Let us (the ones who have not been named yet) therefore benefit from this early warning of the floods and try to adapt better to the troubled waters ahead. Let’s reckon that polluting a pool or stomping a standalone puddle childishly is different from surfing the tsunami of #MeToo. We have held the waters too much too long, Now, it’s time we let the waters flow as they may.

After all, adaptability has its limits (through ignorance and stupidity have none). So guys, the choice is here and let’s benefit from this opportunity to deal with the rowdy traffic ahead better.

A good driver is he who adapts to road and weather conditions better; knows when to slow, when to turn, when to let the oncoming cars, and when not to dash during an amber light.

As a gift from a bit more experienced bro, here are four tips to avoid being run over by #MeToo, named as #HeToo.

Most if not all of us have at least half a dozen women around us who are both metaphorically and literally ‘very close to us’, look up to us, trust us, and expect us to be nicer and better. They are our mother/aunt, sister/cousin, wife/partner, daughter/niece, colleague/s, and friend/s.

Let’s try not to fail them, and the only step is to differentiate our stated care for them from the intended control of them (their voices, choices, smiles, charms, and bodies).

I understand it’s very hard for us to lower the threshold of our Male Privilege, let alone shedding it. I won’t ask you to do that overnight but we can attempt to be more creative, more selective and somewhat civilized about our ventures and adventures.

The second tip, sort of practical tip; stop forwarding as received anti-women, anti-wife jokes. This form of vengeance only reinforces the imagined and socially constructed. What doesn’t exist can’t be strengthened through lame jokes. If jokes could change anything in Pakistan, we would have a different judiciary, different bureaucracy; and perhaps IK would have been the PM.

The third tip is about our hypersexuality, which always kills the softer sensuality in our socializing. Let’s get rid of our uncanny dyslexia that makes us confuse affection and infatuation.

The fourth tip, which in my view is the mother of all other tips, and an instantly doable one too, is a simple mantra.

Knowing the limits of Male-Brain, I know it’s difficult for the majority of us to retain more than one point in our mind when it comes to women, so if we stick to just this tip, we will be good to go.

Before going to sleep tonight, imagine the women we claim we love, and recite this softly for seven times; then repeat for seven days - #SheTooIsHuman

The rest is a smooth drive I assure you.

PS: Happy Women’s Day to those women who read it all despite the warning. Great beginning Ma’am! That’s the way to do it.